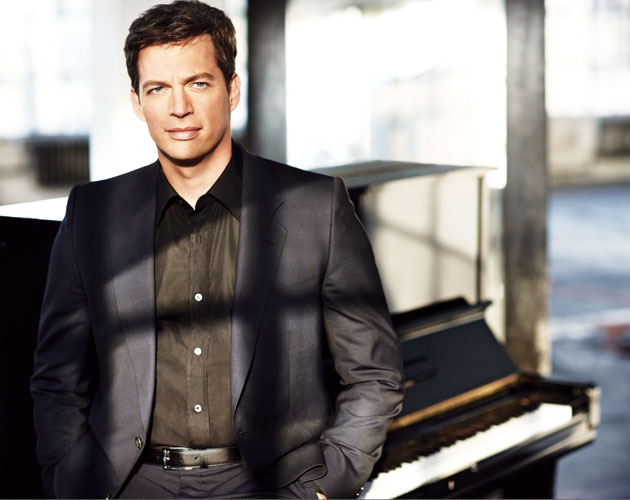 Zoomer’s Kim Izzo sat down with Harry Connick Jr. in Toronto and got the lowdown on his new CD.

For the first time in his career, jazz pianist and singer/songwriter Harry Connick Jr., 42, decided the time was right to collaborate on a record, joining forces with  legendary music producer Clive Davis (Whitney Houston, Kelly Clarkson). The result, Your Songs, is a collection of covers that showcases Connick’s vocals in songs not normally associated with him — The Beatles, Elvis and Billy Joel — which he arranged in his own distinct style. But fans looking for his standards won’t be disappointed; classics from Frank Sinatra and Nat King Cole also made the cut.

Kim Izzo: This was your first collaboration. What were the challenges?

Harry Connick Jr.: It was really interesting because Clive and I come from two completely different worlds. He comes from a legal background and he has an amazing track record for doing whatever he does, and I still am not sure if I know what that is [he laughs]. He had very specific things that he wanted to hear and that he didn’t want to hear. There was one song with a flute playing, and he said, “What is that?” I said, “That’s a flute.” And he goes, “I don’t want a flute on this. I don’t like the flute.” At first, I was very taken aback because nobody had ever talked to me about those things and talked to me in that way.

KI: Was there any conflict because of your different approaches?

HC: He’s 76 years old and he’s been around the block, and we both have healthy egos. We would meet in Clive’s office every Wednesday about one o’clock, and these meetings would take three or four hours. Man, it got heated a few times. We actually had to bring another guy in to interpret, a guy who knew both vocabularies. I don’t want to give you the impression that it was a fighting match for five months — we had a lot of laughs — but there were times when I said, “What am I doing? This is not what I thought it was going to be.” But I stayed with it.

KI: Did you do all the arrangements?

HC: I did everything, and that’s what took so long. It would take me hours and hours and hours to write but after I did that, I would bring the CD to him [with pre-recorded music].

I’d say, “Okay, here’s ‘And I Love Her’ and I would sit across his desk and sing it to him, and then he’d go, “I think it’s too slow” or “I don’t like that guitar there.” I’d bristle a bit, then go back and rewrite. It forced me to go into areas where I wouldn’t have thought to go.

KI: Did you ever think you’d be doing Elvis and The Beatles?

HC: No, I didn’t. It’s not because I don’t like Elvis and The Beatles. I’m a jazz musician first, and our vocabulary, our repertoire, doesn’t usually include those tunes. I played them before. I remember growing up playing “Eleanor Rigby,” a real fun tune for me to play on a piano, but most of the intricate melodies and the most complex sort of stuff, as far as popular American song goes, kind of stopped around the ’60s.

KI: Was it a strange experience having Clive pick songs for you?

HC: Yeah, it was weird. He would say, “We need some more contemporary tunes … It’s gotta be something in the last 10 years that’s been written that you like.” And there’s not a lot, I’ll be quite honest with you. I mean, not that I don’t like the music that’s going on today, but to reinterpret that music the way I reinterpret it is hard to do.

For the record, no songs from the last decade made the cut.