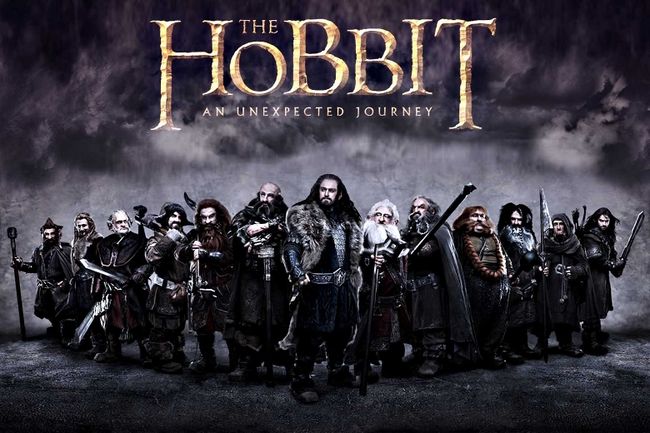 What’s it about? Smaug, the gold-loving, fire-breathing dragon, has conquered the dwarf kingdom and literally sleeps in a mountain of its riches. Someone needs to teach this overgrown lizard a lesson. Enter unlikely hero Bilbo Baggins, a homebody hobbit who begrudgingly embarks on an epic journey (translation: a lot of walking) alongside the wizard Gandalf, Thorin Oakenshield – the dwarf warrior prince, and a band of his loyal subjects to defeat the dragon and return the kingdom to its people … er, dwarfs.

Is it any good? J.R.R. Tolkien wrote The Hobbit, the prequel to his epic The Lord of the Rings, as a children’s tale. Here, director Peter Jackson takes all of the classic fairy tale elements – a fire-breathing dragon, a prince, dwarfs, elves and wizards – and forces them to grow up real fast.

An Unexpected Journey, the first of three Hobbit films, is in some ways, similar to The Fellowship of the Ring, the inaugural film in The Lord of the Rings trilogy. The premise is something like this: Walk, walk, walk, fight off the bad guys. Walk some more. Oh, look over there – a breathtaking landscape. Walk a little faster, and then battle some more nasty brutes. Walk, walk, walk, stop to gaze across the horizon at your eventual destination. Roll credits.

This film, however, saunters along more slowly than its LOTR equivalent – no surprise given the length of Tolkien’s The Hobbit is a little more than 300 pages. For perspective, each individual LOTR book runs a little more than 500 pages. In other words, there’s plenty of source material for one Hobbit film, probably enough for two, but for three – you’re stretching it.

Martin Freeman steals the show as reluctant adventurer Bilbo Baggins, while Ian McKellan is once again grand as Gandalf. Richard Armitage, meanwhile, is a fine introduction to Middle Earth as the heroic, though stubborn, Thorin. Several key players from the LOTR trilogy return, most notably Cate Blanchett as the majestic Galadriel (who does not appear in Tolkien’s Hobbit), Hugo Weaving as elf leader Elrond, Christopher Lee as a pre-bad guy Saruman the White, a brief appearance by Elijah Wood as Hobbit hero Frodo and the celebrated Andy Serkis as Gollum (whose scene with Bilbo in his watery cave is the best part of the film). Sylvester McCoy, meanwhile, makes a lovable, forest-dwelling Radagast the Brown (who also doesn’t appear in the literary version of the tale).

The acting overall is fine, but it’s the imagery Jackson’s films have become known for. An Unexpected Journey is filmed in 3-D at a high film rate of 48 frames per second (fps), or double the usual 24fps. What this means is a much brighter 3-D experience, as well as a much clearer one. This can be both good and bad.

The colour and detail are at their peak when perusing the humble hobbit homestead or sweeping across the serene countryside of Middle-Earth, when panning through the elf town of Rivendell or even down into goblin territory. Battles with Orcs, beasts, trolls and other villainous folk look brilliant (in particular, the epic free-for-all in goblin land), and Gollum is extra creepy, or lovable, depending on when you catch him. Even a simple trail of smoke from a pipe catches the eye.

The bad, however, comes when viewing characters up close. The CBC’s Eli Glasner hit the nail on the head when he wrote the visuals, at times, “look like a BBC teleplay filmed by Viewmaster.” Characters often seem as if on a different layer than the background. Makeup and other minutiae that movie cameras usually hide are in full view. Certain people or objects that should be sharp are blurry. At times, it does look like a stage production shot on a high-definition camera.

The upcoming Hobbit films are reportedly filmed the same way, though standard 24fps versions of all three films are also available. In 50 years, will Jackson’s 48fps style be more or less the norm or will it be to filmmaking what Laserdisc was to video formats – a decent idea that needed to evolve to catch on?

In the end, most fans clamouring to see An Unfinished Journey are doing so out of love for the LOTR franchise. As prequels go, LOTR scribes Jackson, his wife Fran Walsh and Philippa Boyens along with Guillermo del Toro got off on a good start with The Hobbit. Fans will enjoy this film and eagerly await the next. Perhaps just not as eagerly as they awaited the follow-up to The Fellowship of the Ring.

Can I bring my kinds and grandkids to see it? Absolutely. It’s what Tolkien would have wanted.

Overall Popcorn Rating: 4 kernels (out of 5)