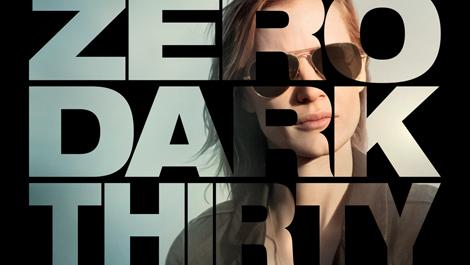 Choice Quote: “How do you evaluate the risk of not doing something – of letting bin Laden slip through your fingers?”

What’s it about?: The story of the 10-year manhunt to find and capture Osama bin Laden.

Is it any good?: What Kathryn Bigelow and writer Mark Boal have done here, aside from creating a brilliantly gripping film, is depict hot-button issues (i.e. the U.S. government’s use of torture as an interrogation technique) without injecting a blatant political bias. Despite what pundits and politicos would have you believe, there is no pro-torture message in this film. Neither is there an anti-Republican agenda in this film. There is simply no gentle way to depict torture in a film that isn’t about to shield your eyes from the scary things that can happen during an international manhunt for the world’s most wanted terrorist. In case it wasn’t obvious with Bigelow’s Oscar-winning The Hurt Locker, she isn’t the type to sentimentalize war.

If there was any significant political editorializing, (caution, spoiler alert) it’s Chastain’s emotion at the end of the film. Is she crying because the long journey is finally over? Or, is she crying because it wasn’t bin Laden, but if that ever got out her career would be ruined?

As well, the argument that the CIA provided information for this film, and “coincidentally” also come off essentially as the cowboys in white hats, is an intriguing – if hotly debatable – one.

Much like in The Hurt Locker, sentimentality goes AWOL in Zero Dark Thirty – a glimpse inside the CIA’s painstakingly difficult process of hunting and capturing Osama bin Laden through captures, interrogations, false leads, terrorist attacks, lots of second-guessing and a major eureka moment.

Chastain shines as Maya, the CIA agent tasked with leading the search for bin Laden. She’s not your typical American film hero here: no flashy catchphrases, no slow-motion, gun-blazing sequences, no romantic kiss after the bad guys are caught. Just a government agent who does everything she can to finish the task she’s been assigned. She stresses, shouts, cries, gets frustrated, gets excited, loses hope, gains respect – in other words, she’s more parts “real person” than Hollywood thriller archetype, which can sometimes prove a much more difficult type of character to play. You find yourself sharing in her heartbreak when false leads bring dead ends, and when hopeful plans evaporate. And when she finally makes her breakthrough, you breathe a sigh of relief too. All this, mind you, is a real feat considering that we all already know, essentially, how this story ends.

The supporting cast holds its own when called upon, but this is the Chastain/Bigelow/Boal show, evidenced by Chastain’s Oscar nomination for best actress, Mark Boal’s for best original screenplay (he won the Oscar for The Hurt Locker) and the film’s for best picture.

It’s a shame, however, that Bigelow was shut out of the best director category, which she won for The Hurt Locker. From the raw grit of the interrogations/torture scenes to the tension of boardroom meetings to the intricacy of the nighttime raid on bin Laden’s compound, Bigelow exhibits a precision for cutting out the fat while keeping the steak, draining the romanticism while retaining the intrigue, and knowing how to make a film – to which we all know the ending – as gripping as if we didn’t.

There isn’t a lot of gunplay here, though it gets violent. As well, we can’t know for sure how many parts truth and how many parts CIA/Hollywood construct this film is when it comes to the capture of Osama bin Laden. But it is an gripping one. Depending on your political bent, you may love it, hate it or not believe any of it. As a historical record it is, in the end, a Hollywood film. Take it as such, and you probably won’t be disappointed.

Can I bring my kids and grandkids to see it?: It’s heavy and somewhat complicated, but those in their teens and older should enjoy it.

Overall Popcorn Rating: 4.0 kernels out of 5