Popcorn Picks: On The Road 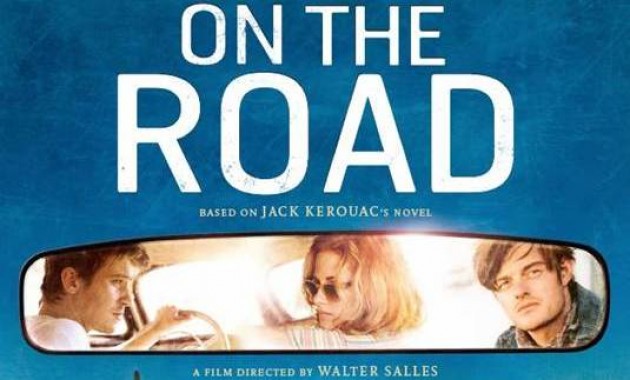 Choice Quote:  “The only people who interest me are the mad ones. The ones who are mad to live … who burn like Roman candles across the night.”

What’s it about?: Based on Jack Kerouac’s novel On the Road, it tells the tale of Sal, Dean Moriarty, and Moriarty’s girlfriend Marylou as they party with friends and eventually embark on modern literature’s most famous road trip.

Is it any good?: On the Road joins Cloud Atlas and Anna Karenina as the trifecta of recent films based on books many said could never be made into a movie. After seeing the latter two, you may agree that just because you can make a film of it doesn’t mean you should. You won’t get the same feeling with this adaptation of the Kerouac classic, for which various incarnations have been in the works since filmmaker Francis Ford Coppola bought the rights in 1979. It may not be the best portrayal of Sal, Dean, Marylou, and their crew as you could get on screen, but it’s a fun, spirited film that will draw you in for the ride.

Legend has it that Kerouac himself wanted Marlon Brando to portray Dean Moriarty in a film version of the book, which would have been, in a word, brilliant. Later, in various false starts, Brad Pitt and Colin Farrell had both been pegged for the role of Dean, with Ethan Hawke and Billy Crudup each considered as their respective Sal’s.

As it turns out, we got Garrett Hedlund as the carefree, adventure-seeking Dean (a character based on Neal Cassady) and Sam Riley as his loyal literary sidekick Sal (based on Kerouac himself) – both of whom do fine jobs with what they have, even if they don’t truly evoke the free-wheeling spirit of the Beat Generation.

The film finally got made because Coppola found Walter Salles, the Oscar nominated director of the Che Guevera biopic The Motorcycle Diaries and Central do Brasil, and Diaries screenwriter José Rivera – a duo he believed, based on their work on The Motorcycle Diaries, could bring the essence of On the Road to the screen.

The result is a film about young wanderers who have to keep moving or risk going belly up. They aren’t sure, exactly, what they’re looking for, but that’s not the point. It’s about the experience, the adventure – it’s not about the destination but the fact that they’re free to head in that direction whenever they’d like.

Hedlund and Riley are fine, but you can’t bottle, or simply re-enact, the spirit of the Beats, and while they’re believable as the characters they’re given it’s difficult to buy them as archetypes of Cassady and Kerouac. Kristen Stewart breaks out of her Bella/Twilight mold as Marylou, Dean’s girlfriend and road trip companion. Like Dean she’s hypersexual, spending much of the film in various stages of undress/erotic entanglement. Tom Sturridge gets into the beat spirit more than anyone as Carlo Marx, caught in the haze of desire for sexual and literary conquest as a representation of Allen Ginsberg.

Kirsten Dunst puts in a brief but solid performance as Dean’s woeful wife Camille (based on Carolyn Cassady) as do Viggo Mortensen as Old Bull Lee (based on William S. Burroughs) and Amy Adams as Jane (Burroughs’ second wife Joan Vollmer).

Salles brings a certain romantic aura to the journey, whether the characters find themselves on a New York City rooftop, in a rundown apartment, frequenting jazz clubs, or roaming the back roads of Nebraska. It’s the ultimate road trip for anyone who’s ever wanted to escape the day-to-day routine of everyday life. It’s carnal, it’s reflective, it’s adventurous and fast-paced. In fact, the film may fly by a little too quickly, but you’ll get the picture. As Sal notes, “We were leaving nonsense and confusion behind and performing the one noble action of our day – move.” They may not be moving exactly as Kerouac and pals did, but it’s a fun ride while it lasts.

Can I bring my kids and grandkids to see it?: Let’s put it this way – if you do, they’re going to see a side of Twilight’s Bella that’s usually only reserved for Edward.