Spotlight: Your Weekly Round-Up of Zoomer Arts and Culture News 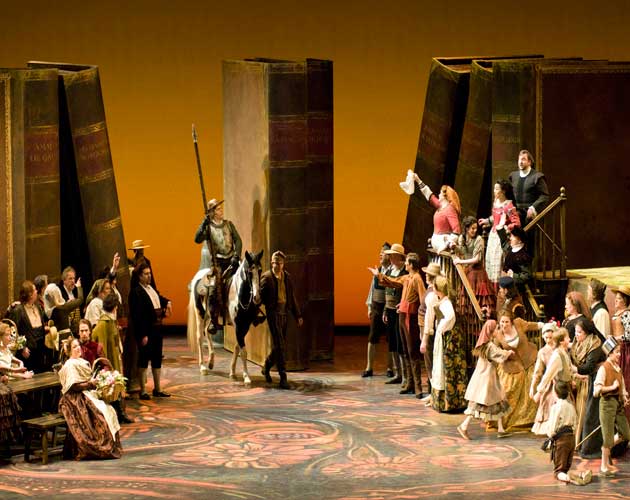 Lots to Sing About

In other vocal news, new mom Adele is performing live for the first time in over a year when she sings her Bond song Skyfall at the 85th Academy Awards on Feb. 24.

Meanwhile, for fans of Toronto band Barenaked Ladies, the Ottawa Citizen reports a new album is in the works. Frontman Ed Robertson reportedly noted the group has been working with a number of collaborators, including current Canadian spaceman Chris Hadfield. The album is expected sometime this spring.

A Baby for Buble

Canadian crooner Michael Buble and his wife, model Luisana Lopilato, are expecting their first child. Lopilato’s website provides a link to a Youtube video featuring the first image of “baby Buble” – a sonogram – along with the happy parents.

The next time arts funding finds itself on the political chopping block, elected officials better take a good look at this: tourists who visit Ontario for reasons related to arts and culture spent $667 each time they visited, as opposed to the average tourist’s $374. The figures come from a study released by the Ontario Arts Council who, admittedly, have a stake in the results.

Still, the research found that, overall, in 2010 the province’s arts and culture trade generated more than $4 billion (yes, billion), including almost half of that in taxes, while creating close to 70,000 jobs. Who said all of those after-school rehearsals wouldn’t pay off?

Montreal Writer in the Running for Man Booker International Prize

If you’re not familiar with author Josip Novakovich, you soon will be. The Montreal-based writer is a finalist for the prestigious Man Booker International Prize, given for a writer’s body of work. Novakovich, author of the novel April Fool’s Day and a number of short stories, among other writing, is one of 10 authors vying for the nearly $95,000 fiction prize. The full list of finalists, via CBC, is: Novakovich, U.R. Ananthamurthy (India), Aharon Appelfeld (Israel), Lydia Davis (U.S.), Intizar Husain (Pakistan), Yan Lianke (China), Marie NDiaye (France), Marilynne Robinson (U.S.), Vladimir Sorokin (Russia), Peter Stamm (Switzerland). The award will be announced on May 22.

Born Zuzka Zenta in Austria in 1925, Rubes spent her early teen years on the move. At the outbreak of the Second World War, she relocated with her parents to Paris and eventually America, where she changed her name and worked as an actress and producer based in New York. In 1959, she moved to Toronto with her husband, Canadian opera singer and actor Jan Rubes. In 1963, she staged her first children’s plays – a prelude to the YPT.

When reporting on her passing, Toronto Star theatre critic Richard Ouzounian called Rubes “the woman who revolutionized children’s theatre in the city of Toronto.”

Opening in Theatres This Weekend

Jeremy Renner and Gemma Arterton are cross-bow wielding, butt-kicking bounty hunters out for vengeance. Lock the doors to your gingerbread house – because Hansel and Gretel: With Hunters is not the fairytale you grew up with.

Meanwhile, comedy Movie 43 stars an ensemble cast so big it took 12 directors and nine writers to stich these interconnected shorts together. With a cast that includes Hugh Jackman, Dennis Quaid, Greg Kinnear, and Kate Winslet, to name just a few, it’s got to be good. Right?

If you’re looking for a more of a rock ’em, sock ’em sort of film, Jason Statham, Jennifer Lopez and Michael Chiklis star in the action flick Parker.