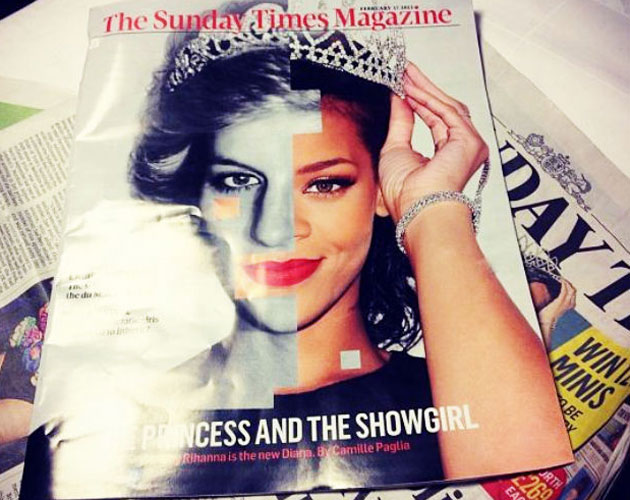 Princess Diana and Rihanna made headlines this weekend after Times’ writer Camilla Paglia compared the two in Sunday’s cover story.

The only connection we can make between these two is that their names rhyme. We could not think of any other more opposite public figures, but in her argument, Paglia said the two celebrities share a “ravishingly seductive flirtation with the world press.” Yes, we think if Diana were alive today she would be posting half-naked photos of herself smoking blunts on Instagram, too.

Rihanna seemed flattered by the comparison, posting the Sunday Times’ cover on Instagram with a caption:

Just so happens I came home drunk to this in a pile of papers outside my hotel room! My lil Bajan behind, never thought these many people would even know my name, now it’s next to Princess Diana’s on the front of a newspaper! Life can be such a beautiful thing when you let it be #yourejealous :)