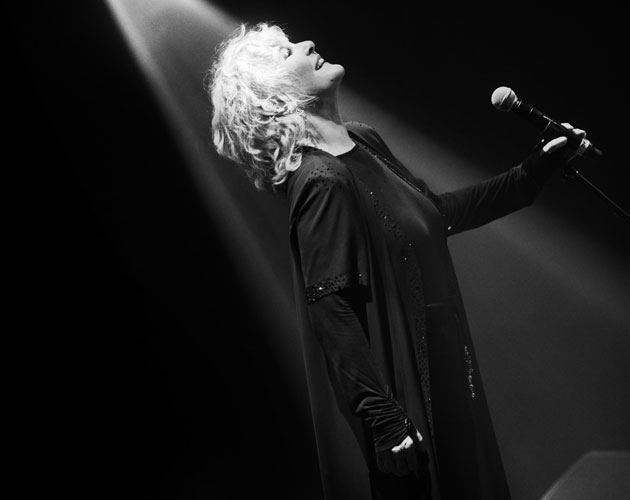 For an artist with more than seven decades of success under her belt, it’s quite the admission to claim, “I don’t feel that I’ve done anything much, frankly.” Yet British singer Petula Clark is nothing but honest when discussing her career, which includes hits such as “ A Sign of the Times,” “I Know A Place” and, of course, the iconic “Downtown.” The two-time Grammy winner also famously caught the eye and ear of Canadian pianist Glenn Gould, an affection the Wall Street Journal noted: “…  it is clear that his crush on Petula Clark and many other diversions made bearable the isolation his artistry demanded.”

Clark, whose career began at age nine performing for British troops during the Second World War, recently spoke with Zoomer’s Mike Crisolago about her new album, Lost In You, which features a re-imagining of “Downtown,” career longevity and, of course, Glenn Gould.

MIKE CRISOLAGO: I wanted to start with your memories of Canada, where your music’s enjoyed great success over the years.

PETULA CLARK: [There’s] probably too many. [Laughs] Canada’s always been very dear to me, both the French-speaking and the English. It’s some time now since I sang over there, and I’d love to come over and sing some of the new stuff and see some of my old friends. It’s a very special place for me. I really don’t even know where to begin.

MC: How about with one of Canada’s most famous musical talents: Glenn Gould. Glenn Gould both enjoyed your music and appeared to have been smitten with you, as illustrated in his radio broadcast The Search for Petula Clark.

PC: [Laughing] Yes. I’m so sad I never got to meet him. I’ve heard all the stories about him. Of course, now I’m a great fan and I think that we would have got on very well. I can just imagine us being in the same room together and him playing piano for me and me singing. I think that would have been fun.

MC: Speaking of singing, your new album, Lost in You, features a re-imagining of sorts of your classic hit “Downtown.”

PC: I did not want to [re-record “Downtown”]. I thought, “What are we going to do with this? Why touch it?” So I went into the studio and I heard this track with no vocal on it and I said, “What’s that? It’s very nice.” And (her producer) said, “It’s ‘Downtown.’” [Laughs] I found myself singing it, and it felt like a new song. I absolutely love this track. There may be some people hearing (“Downtown”) for the first time and they might even like it.

MC: You’ve also got covers of Elvis Presley, John Lennon,and Gnarls Barkley, on the album, among some new tracks.

PC: (Of course,) “Imagine” is connected to John Lennon, who I met in Montreal at the bed in. And it turns out he kind of liked me – I was his favourite female singer – and I’ve always loved “Imagine.” I always thought it was just so pure. It was John. And I feel very much like that myself.

We did [“Love Me Tender”] because I met Elvis a couple of times and we got on quite well. And then “Crazy” [by Gnarls Barkley] – [it] was interesting for me to sing something so different. It’s really one of my favourite songs now.

MC: Do you reach a point in your career where you’ve had a level of success that allows you to experiment with songs like “Crazy” and not worry about what the critical reception will be?

PC: Quite honestly, doing this CD we were in this sort of cocoon and we were just enjoying being together and making music together. You can’t think, “Oh, are the critics going to like this?” If you do that I don’t think you’d do anything.

MC: What’s the secret to maintaining the level of success and longevity you’ve enjoyed?

PC: Sometimes I wonder if the public really needs longevity in their stars. It’s become such a huge industry, a machine really, like the 15 minutes of fame. It’s immediate, and it’s huge, and worldwide. I’m not in the 15 minutes of fame business. I know what it is and sometimes I’m concerned about it because what happens to these young artists? They get into this machine and then they can be sort of spat out.

MC: What goals remain for you in your career?

PC: I don’t look back and say, “Oh yes, those were the good old days.” I never do that. I’ve been asked to write a book and the idea of spending all of that time looking back on my life – there’s so many more interesting things to do. I don’t feel that I’ve done anything much, frankly. I’m still trying to do things well. I’m being perfectly honest with you – that’s how I feel about my career.

MC: Are you hoping to reach a new generation/audience with the new album?

PC: I wanted to do something that was interesting for me to do. Of course it would be great to reach another generation but you don’t want to throw the baby out with the bath water. I’m not trying to sound like someone else, and they haven’t fooled around with my voice so it sounds like someone else. It’s just me singing songs.

MC: You’re touring the U.K. in October and remain very active in your career. What advice would you offer people for staying healthy and energetic later in life?

Lost In You is available in stores and online.