The Charles Taylor Prize Goes to ‘Sword of the Spirit, Shield of Faith: Religion in American War and Diplomacy’ 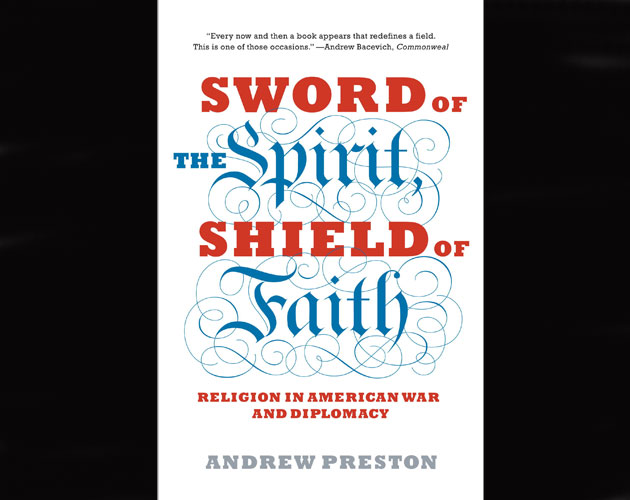 Ontario native Andrew Preston has won the $25,000 Charles Taylor Prize for Literary Nonfiction for his book  Sword of the Spirit, Shield of Faith: Religion in American War and Diplomacy (Knopf Canada).

Preston was one of five non-fiction authors in the running for the award. The other finalists include:

The Pursuit of Perfection: A Life of Celia Franca by Carol Bishop-Gwyn

Journey with No Maps: A Life of P.K. Page by Sandra Djwa

Leonardo and The Last Supper by Ross King (Woodstock, England)

The Charles Taylor Prize for Non-Fiction commemorates the life and work of the late Charles Taylor, one of Canada’s foremost essayists and a prominent member of the Canadian literary community.

Read more about these books and Preston’s Sword of the Spirit, Shield of Faith: Religion in American War and Diplomacy, here.