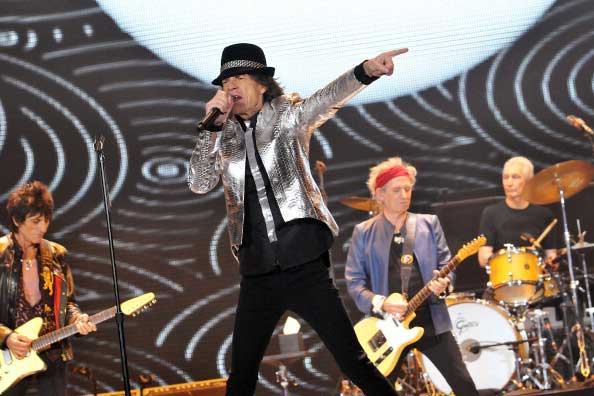 It’s official: the Rolling Stones are hitting the road, and they’ll be stopping in Toronto along the way. The legendary British band released the first set of North American and U.K. dates for their “50 and Counting” tour via their website this morning, with Toronto the only Canadian stop so far. The band rocks the Air Canada Centre on May 25 following a U.S. West Coast swing. The band is expected to announce additional dates.

The tour announcement, called “the worst-kept secret in rock” by Rolling Stone magazine, had been expected for some time. Billboards erected in various North American cities in recent days – including two along Toronto’s Gardiner Expressway – brandishing the band’s famous lips and tongue logo also featured the word “Wednesday.” But fans of the band knew a tour was in the works, as the Stones recently signed with concert promoters AEG and agreed to a tour. The shows mark the band’s 50th anniversary.

Aside from hosting major Stones shows, Hogtown also frequently serves as the band’s rehearsal space, as the Stones have revved up in the city prior to previous tours and played surprise gigs in venues as varied as local clubs and a private school.

The Rolling Stones also boast three entries among the highest grossing concert tours of all time. That said, you might want to start saving your nickels if you hope to snag a ticket. Last year, the band was blasted by fans for the high cost of tickets for a handful of shows, including two gigs at London, England’s O2 Arena. No word on ticket prices for this tour.

Watch the Rolling Stones announce the USA and Canada tour:

The dates and cities announced for the tour so far are: