Jane Fonda and Adopted Daughter to Appear on Oprah 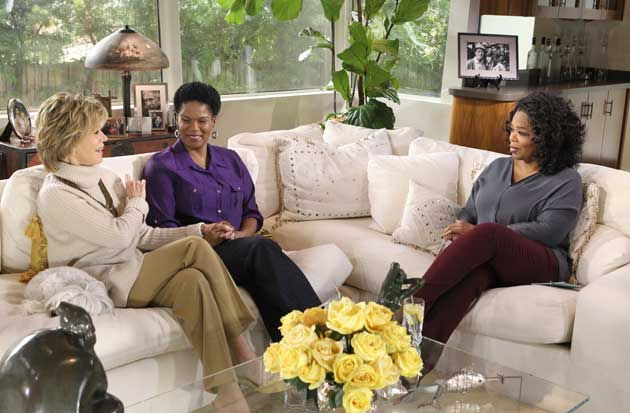 There’s a lot you probably know about Jane Fonda – activist and film, fashion and fitness star – but here’s a little tidbit that tends to fly under the radar: the 75-year-old has an adopted daughter.

Mary Williams, 43, whose parents were part of the Black Panthers, got to know Fonda and then-husband Tom Hayden 30 years ago while attending a children’s camp the couple ran. At the time, her father was in prison, leaving her mom alone to raise her and five other siblings.

“Our family had shriveled like rancid fruit in summer heat,” Williams writes on Oprah Winfrey’s website. “One of my older sisters developed an addiction to crack and turned to prostitution; another just drove off with her young daughter and a boyfriend. My mother was occupied with her own demons.”

A short time later, Williams accepted an invitation to live with Fonda at her California home.

“She sat me down soon after I arrived and said, ‘I see you as my daughter now. If you want, you can call me Mom.’”

Mary Williams on Being Invited to Live with Jane Fonda: “I Didn’t Even Think About It.”

Williams became a member of Fonda’s family, though she and the actress were rarely seen in public together. This Sunday, they appear side by side for the first time in an interview for Oprah’s Next Chapter. The talk show queen sits down with the duo to discuss their relationship and what life was like for Williams going from East Oakland to moving in with a movie star. See the clips above for a preview or check out the entire episode on April 7 at 9 p.m. on the Oprah Winfrey Network (Canada).