Annette Funicello Passes Away at 70 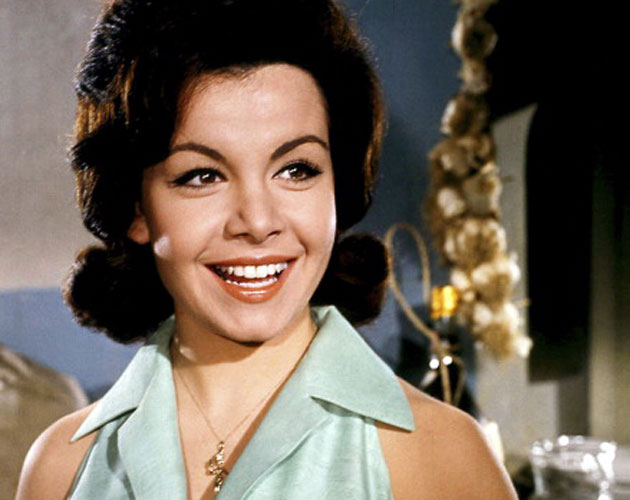 Long before Britney Spears, Christina Aguilera or Justin Timberlake strapped on a pair of mouse ears, there was Annette Funicello – an original Disney Mouseketeer (plucked from the crowd by Walt himself)-turned-singing beach beauty and, eventually, a symbol for the fight against neurological disorders after going public with her battle with multiple sclerosis. It was, ultimately, complications from the disease that took her life earlier today. Funicello was 70.

Born on Oct. 22, 1942, Funicello was only 12 when, in 1955, she was selected as one of the first class of Mouseketeers to star on the television show The Mickey Mouse Club. Being one of the most popular cast members and star of subsequent Disney projects, helped launch her singing career, which included the hits “How Will I Know My Love,” “Pineapple Princess” and the Paul Anka-penned “Train of Love” and “It’s Really Love.”

In the early 1960s. Funicello left Disney and headed for the beach, making arguably her biggest pop culture splash when teamed with teen idol Frankie Avalon in a series of beach party films, from 1963’s Beach Party through 1965’s Beach Blanket Bingo and How to Stuff a Wild Bikini. The duo even teamed up for a 1987 reunion – Back to the Beach – before embarking on a cross-country tour.

Aside from her beach projects, Funicello made occasional TV and film appearances, released the odd single and even appeared as a spokeswoman in television commercials for Skippy peanut butter. In 1992, at age 50, she announced she was battling multiple sclerosis (MS) – a disease that ultimately robbed her of the ability to walk, speak and care for herself.

“I told her, ‘I will take care of you and I’ll do everything I can,’” Funicello’s second husband, Glen Holt, told CTV last year. He remained by her side for the rest of her life.

In 1993, a year after revealing her MS, she founded the Annette Funicello Fund for Neurological Disorders. In 1994, she published her autobiography, A Dream Is a Wish Your Heart Makes: My Story, which was ultimately made into a film. In the years following, as her condition worsened, Funicello stayed largely out of the public eye until last year, when the CTV interview noted above allowed fans a first-hand look at her physical struggles and the hope her loved ones held for new treatments to combat her disease.

Scroll through the videos below for some of our favourite Annette Funicello moments.