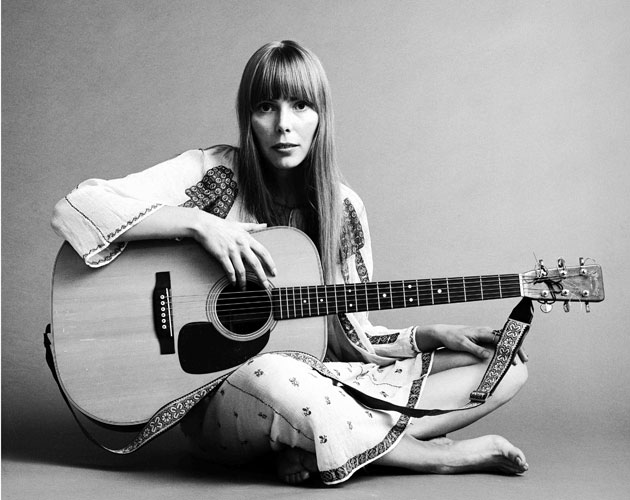 “Great art need not be understood – it needs to be experienced,” Jorn Weisbrodt, the festival’s artistic director said before unveiling the 2013 festival program this morning. “(Luminato) is not a maze, with one way to enter and exit. To me, it’s like a playground.”

The festival’s biggest coup is the world premiere of Joni: A Portrait in Song, as the legendary Canadian songwriter (who, in retirement, Weisbrodt noted was notoriously difficult to track down) is actually working with Luminato on the two-day celebration of her music and life featuring Chaka Khan, Rufus Wainwright, and others. Weisbrodt said Mitchell, who turns 70 this year, is “incredibly touched that anyone would still be interested in her music” before suggesting that she may both make an appearance at the festival, and debut a new song.

Meanwhile, Canuck director Atom Egoyan, who’s preparing to launch his upcoming Canadian Opera Company production of Salome, presents the Canadian premiere of the Chinese opera Feng Yi Ting. “It was just intoxicating – an amazing journey,” Egoyan said of developing the show which, at only 45 minutes long, he joked was the antidote to last year’s marathon production of Einstein on the Beach.

Performance artist Marina Abramovic, 66, teams with legendary director Robert Wilson (who, with composer Philip Glass, brought Einstein on the Beach to Luminato last year) and actor Willem Defoe on The Life and Death of Marina Abramovic. The avant-garde opera, in which Abramovic plays herself and her mother, explores her childhood as the daughter of communists in the former Yugoslavia through to her later artistic work.

Other festival highlights include:

The festival also features its trademark Lunchtime Illumination talks as well as the Evening Illuminations series, a Times Talks series of discussions between New York Times reporters and festival participants, and numerous events at the festival Hub, which, as always, is headquartered in David Pecaut Square.

Click here for more information on all the 2013 Luminato events