What A Rush! Canuck Rockers Enter Rock and Roll Hall of Fame 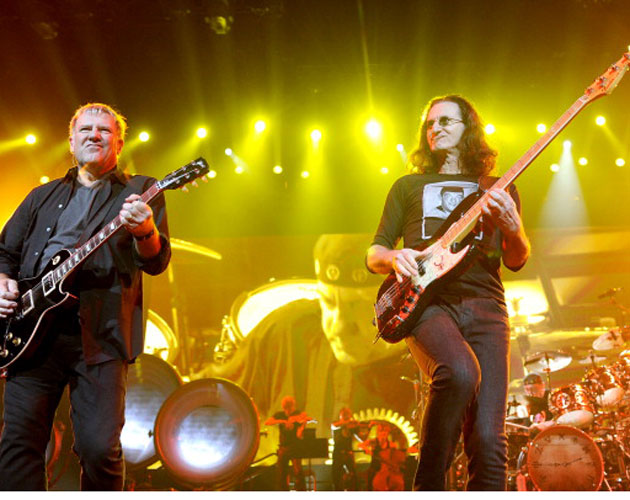 Have you ever wondered what it takes to gain some real-estate inside the Rock and Roll Hall of fame? Judging by Canuck prog-rock band Rush you’d need 14 platinum records and 24 gold (the most consecutive, for studio albums, in rock history, behind only the Beatles and the Rolling Stones), close to 40 million albums sold worldwide, 45 years of making music together, fans in every corner of the globe, and the patience to wait 15 years from the time you became eligible to actually get in.

Tonight, Rush fans who’ve protested against the Hall’s snub of the band for more than a decade can rejoice as they finally get their due, being inducted alongside Heart, Randy Newman, Public Enemy, Donna Summer, Albert King, Lou Adler, and Quincy Jones.

“It’s a lovely attainment, an elevation to arrive at,” the band’s lyricist and drummer Neil Peart told the Canadian Press, with typical Canadian humility.  “[The Hall is] a constellation and we’re one little spark of light up there.”

To celebrate Rush’s induction, we’re taking a look at a few of the many memorable tunes that should have ensured the band a place in the Hall years ago: