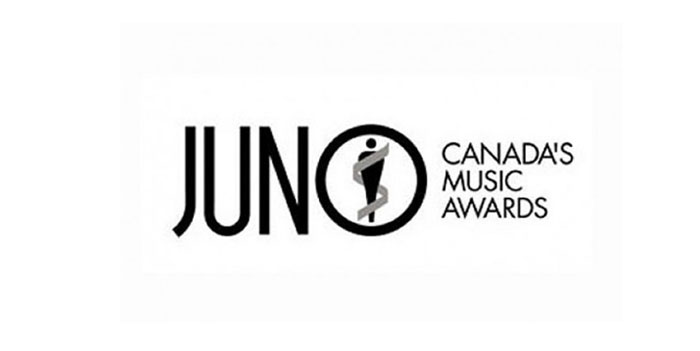 And at the two-hour mark, we’re done. Overall, a fun show with fantastic performances. Bublé, aside from a few jokes that didn’t land (or landed awkwardly), did a good job for his first time as host. The problem that plagues many Canadian awards shows is that the biggest stars are nominated (and often win) but most haven’t bothered to show up. Sure some, like Leonard Cohen, are on tour. But more need to make an attempt to show up and lend their credibility and raise the show’s profile. Bublé and Serena Ryder can only perform so many times. Still, an enjoyable (and, at a solid two hours, a well-timed) show that had a really cool, laid back, casual vibe. The crowd was into it. The performers/winners were into it. Would have liked to see Artist of the Year announced on the broadcast, but in the end a fun time.

As always, leave your thoughts in the comments section below, email us at [email protected], or tweet us at @Zoomer to let us know what you thought of the show. Thanks for joining us!

9:59: Michael Bublé signs off with a song and a tribute to Rita MacNeil.

“I’m sort of speechless…this is amazing!” — Carly Rae Jepsen, who all evening has seemed genuinely touched by the Juno recognition. Great to see.

On a funny note, Leonard Cohen winning Artist of the Year did upset a lot of little Beliebers on Twitter.

For those who missed it, a gala yesterday saw a number of Junos handed out, including ARTIST OF THE YEAR to Leonard Cohen. Guess this award category wasn’t deemed important enough for the main show. You know, there wasn’t enough time for it since we just had to squeeze in a groan-inducing backstage sketch between Michael Bublé and the Sheepdogs. Can you imagine any other major awards show not announcing Artist of the Year on air?

“I think the fact that I’m standing here receiving this award says more about Canada than it does about me. Only in Canada could there be a freak like k.d. lang receive this award…It is okay to be you, it is okay to let your freak flags fly….” — k.d. lang, who also gave shout outs to “Stompin'” Tom Connors and Rita MacNeil. Beautiful acceptance.

“The first time I heard her singing “Hallelujah” I found myself with a lump in my throat, and then I found myself crying.” — Leonard Cohen on k.d. lang.

“She went on to prove that a great voice can sing just about anything it wants. She defies labelling.” Anne Murray on k.d. lang.

9:07: Anne Murray out to induct k.d. lang into the Canadian Music Hall of Fame.

“It’s crazy how you think that one song can change your whole life.” — Carly Rae Jepsen.

8:55: Maestro Fresh-Wes and Jim Cuddy out to present SINGLE OF THE YEAR, WINNER: Carly Rae Jepsen. Take THAT, Grammy Awards.

Just a thought: one thing about Canadian award shows, and it happened with the Canadian Screen Awards, is that for the most part the biggest Canadian stars aren’t there. So far the musical acts have been great, and Bublé is fun when he’s not giggling over One Direction or making awkward Carly Rae Jepsen jokes, but let’s face it: perception counts for a lot. When your biggest stars don’t come by to celebrate Canadian music it just adds to the notion many in the public have that the show, and by association our homegrown music, is not as big a deal as their American counterparts.

8:48: Marianas Trench out to perform. All the “loyal Trenchers” go nuts.

8:44: Michael Bublé on Carly Rae Jepson: “Did you see those little shorts. They look good on her but they’d look better crumpled up on my bedroom floor.” Awkward.

8:35: GROUP OF THE YEAR, WINNER: Marianas Trench. They beat Rush, who just went into the Rock and Roll Hall of Fame. They politely read a list of thank you’s to sponsors, family, friends and fans (their “loyal Trenchers”). Everyone’s on their very best behaviour. Either this is a Canadian award show, or they just don’t make rock and rollers like they used to.

8:30: One Direction introduces Carly Rae Jepsen performance via satellite. Bublé acting all giggly about chatting with them.

Very grateful group of guys reading list of people to thank off a smartphone. That’s actually smart — less chance you’ll lose your list. “Breakthrough group of the year when you’re 30 years old is nothing to scoff at.”

8:20: Saskatoon’s own Sheepdogs on stage performing.

I want to point out the excellent Juno nominee site, that allows you to click on the nominee names to read a quick bio, listen to the song they’re nominated for, and then download it on iTunes. Very nice interactive touch.

Let’s be honest, Leonard Cohen’s pretty much the songwriter of the year any year he decides to write a song.

WINNER: Leonard Cohen, Old Ideas. Son Adam is onstage for him, noting he’s on tour. He says Leonard calls Canada “the unique and beating heart of his career.”

8:12: SONGWRITER OF THE YEAR being announced, but not before a plug for the award sponsor Sirius XM. Oh boy. Hope this sponsor shootout isn’t a trend.

Was the crowd “booing,” or saying “Bublé”? We’ll never know for sure. But Bublé does a great job with a cold opening featuring comedy and some heartfelt moments. Serena Ryder on stage now.

He follows with heartfelt acknowledgement of how much it means to host the Junos and how excited he is to be a dad, before making a Justin Bieber joke. Cue the Twitter assault from 34 million Beliebers.

Michael Bublé: “Ah Regina, the city that rhymes with ‘fun.'”

8:00: We’re starting the show off with Michael Bublé getting hosting tips from former Juno host Russell Peters, as well as Kelly Ripa (with a Gelman cameo) and Gerard Butler. Dr. Phil says they “should have got Jim Cuddy.” Good opening. Brandt Centre looks packed.

Welcome to our Zoomer Live Blog of the 2013 Juno Awards, honouring the best in Canadian music live from The Brandt Centre in Regina, Sask. Join Zoomer’s Mike Crisolago right here on EverythingZoomer.com during the show, and don’t forget to join the conversation and leave your thoughts in the comments section below, email us at [email protected], or tweet us at @Zoomer. We’ll be retweeting our favourite comments during the show.