How To Explain Wacky Tobacky to Justin Bieber Fans 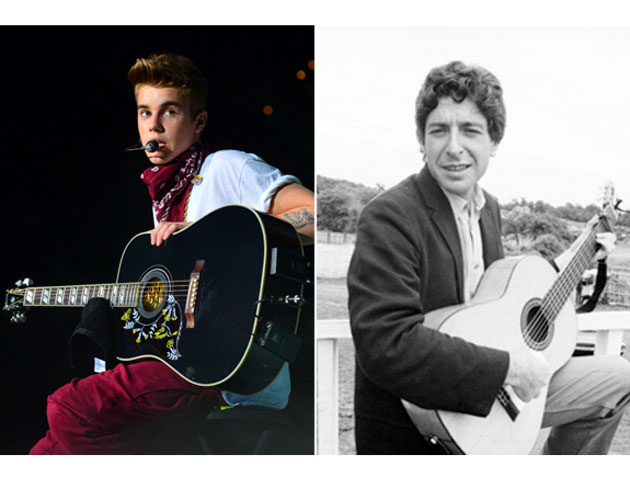 Allow me to be blunt for a second: there are 20 references to marijuana in this article. Can you find them all? I bet Justin Bieber can. After all, his tour bus was recently raided by Swedish police, who found marijuana on board. And it wasn’t his first time dabbling in the wacky tobacky either. This most recent pot bust, however, has fans all out of joint and lit up about it.

Belieber @katieegoodwin14 wrote to Justin on Twitter, echoing many fans’ sentiments: “I think you’re amaze n everything, but this whole ‘weed thing’ is poor from you! #loosingrespect.” She’s not the only one “loosing respect.” @cabieberfans writes, “I really am dissapointed @justinbieber smokes weed.. But theres nothing for anyone to do…”

SMH, am I right folks? Listen, little Beliebers, Justin’s been a little stressed recently, what with the incarceration of his monkey and his devastating JUNO Award loss to Leonard Cohen. I mean, do you think someone’s career just simply rebounds after losing a JUNO Award? Just ask Boom Desjardins (Who? Exactly).

So if the Biebs needs a little herbal remedy to help him relax, he’ll be fine. Let me explain. You see, a long, long time ago, there was this thing called the 1960s. Your parents or grandparents may remember it. Then again, if they share Justin’s habit, the decade’s probably a little hazy.

That Leonard Cohen guy actually released his first record (like a big CD) in the 1960s, shortly after writing his first book (like the Internet but on paper). The 1960s also produced a gathering called Woodstock: basically like Coachella but with hippies and hairy armpits. AND WEED. Lots of it. Leonard himself admits to using many different types of drugs, or, as one paper put it, “he most definitely rocked and rolled, consuming drugs, booze and women with the gusto, it seems, of someone almost 10 years his junior.”

Now, if Leonard was busted for pot, do you think he’d be lamenting that there’s “nothing for anyone to do”? Not a chance. In that deep baritone rasp of his, he’d say, “Dance Me to the End of Blunt.” Or “So Long, Mary Jane.” Maybe “First We Toke Manhattan.” How about “Suzanne … Pass the Pipe”? More than 50 years later, Leonard turned out okay.

And he’s not the only one. Google Bob Dylan, who sang about pot, or Bob Marley, for whom it was spiritual. There’s Keith Richards … well … actually, you probably shouldn’t Google Keith Richards. The point is, Beliebers, the generation that coined the term “Don’t trust anyone over 30” is now twice that age, and after enduring dry eyes and a constant craving for munchies for most of the ’60s, the majority of them are just fine now. Sure, some may still put the Biebs down, but those are the people who went from being hippies to just plain hippie-crates.

Luckily, some Beliebers out there get it. Take ‏@CaitlynFischerr, who wrote, “Everyone’s all butthurt about Justin Bieber smoking weed again haha who cares! He’s just more chill now.” Like I said, there’s no reason to get all butthurt over this.

Meanwhile, ‏@meganheaney adds, “WEED IS NOT A REAL DRUG IT’S BASICALLY A CANADIAN FOOD GROUP.” Quite frankly, I’m not convinced that @meganheaney has ever seen Canada’s Official Food Guide. Still, you have to admire her spirit.

So let’s everyone calm down, stop the needless butthurting,and let Justin get back to what he does best: singing auto-tuned pop songs to screaming 12-year-old girls.

Thankfully, support for Biebs on Twitter is picking up. Here’s one tweet from ‏@allexxshaffley: “NO ONE CARES IF JUSTIN BIEBER HAS WEED THERE ARE IMPORTANT THINGS HAPPENING IN THE WORLD.”

So there. Put that in your pipe and smoke it.