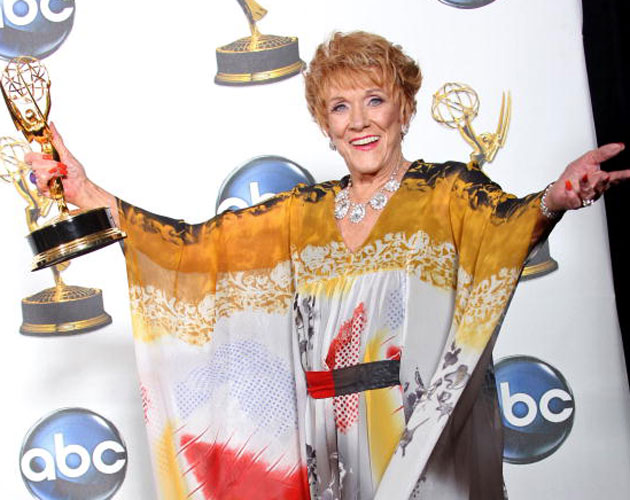 Jeanne Cooper, who played matriarch Katherine Chancellor on The Young and the Restless, died Wednesday of an undisclosed illness that put her in the hospital several times in recent years. Her son Corbin Bernsen tweeted, “Mom passed this morning. She was in peace without fear.” And “U all have been incredible in your love. In her name share it 2 days with others.” She was 84.

Though Cooper became famous for her role as Katherine Chancellor on Y &R since 1973 (nominated for 10 daytime Emmys and won for lead actress in 2008), the California native began her acting career in The Redhead from Wyoming in the ’50s.

Cooper is survived by children Corbin, Caren and Colin.

Click here to watch Cooper’s best scenes on Y&R (including her last).