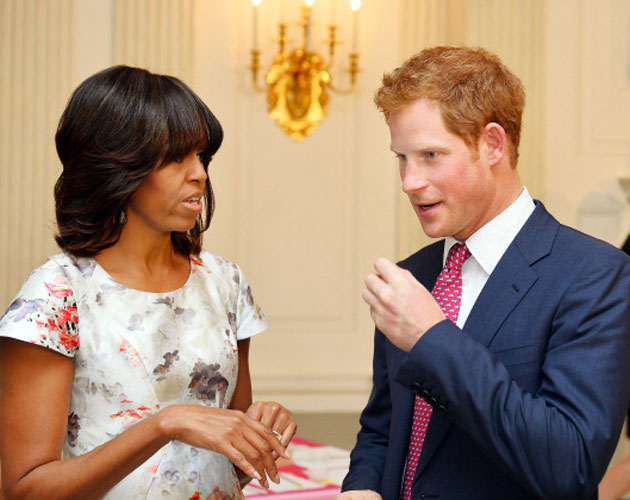 Britain’s Prince Harry made a surprise visit to a tea party hosted by Michelle Obama yesterday.

The 28-year-old royal kicked off his tour of the US by joining the First Lady and Dr. Jill Biden – the wife of Vice-President Joe Biden – at the White House, where the women were hosting an early Mother’s Day event for Joining Forces in honour of military mothers, grandmothers and children.

Introducing him to the room, Michelle exclaimed: “Well, surprise”, prompting applause and cheers from the guests, causing Harry to blush.

Michelle added: “Prince Harry wanted to be here to personally thank you for your service.”

She went on to praise the prince for his own military efforts as an Apache helicopter pilot, including twice being deployed to Afghanistan.

She said: “In January, he returned from his second deployment to Afghanistan and for the past few years he has focused on honouring the sacrifice and service of our veterans and military families, especially now that the war in Afghanistan is drawing to a close.

“He has spent much of his time supporting our wounded warriors and the families of our fallen. And this weekend, he will be attending the fourth annual Warrior Games in Colorado Springs.”