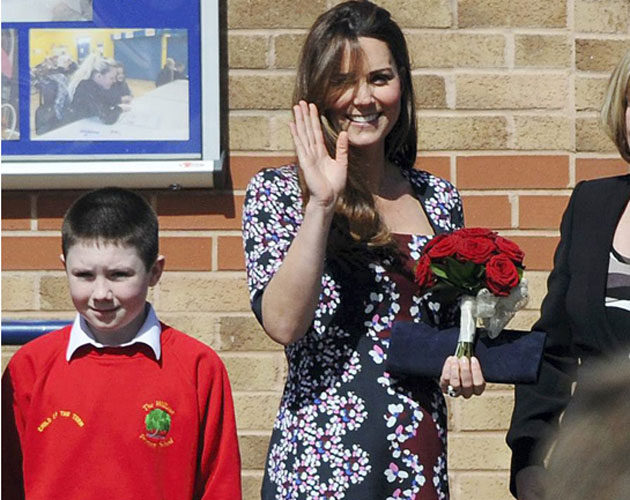 Britain’s Duchess Catherine’s baby is due on July 13, friends of the royal and her husband Prince William have claimed,

Britain’s Duchess Catherine’s baby is due on July 13.

The duchess and her husband Prince William confirmed they are expecting their first child together in December after she was hospitalised with severe morning sickness, but Buckingham Palace have so far only disclosed the new arrival will be born some time in July.

However, friends of the couple have reportedly been overheard talking about the exact due date the duchess – who was known as Kate Middleton before her marriage – has been given.

A source told the Mail on Sunday newspaper: “Some of Kate and William’s closest pals were at a barbecue hosted by a family friend of the royals recently.

“They were all discussing the fact that Kate’s baby is due to be born on July 13. Everyone was very excited.”

The day falls in the middle of the Coronation Festival, a four-day celebration to mark 60 years since William’s grandmother Queen Elizabeth was crowned, meaning the couple are likely to miss the celebrations, which take place from July 11 to 14.

And opera singer Laura Wright, who will perform in the gardens of Buckingham Palace, joked she is worried her performance will trigger Catherine’s labour.

She said: “I had better not sing too many high notes .  .  . what if my singing made her go into labour?”

A royal spokesperson refused to confirm the report, saying only: “We have only said that the duchess is due in July. Anything further would be speculation.”