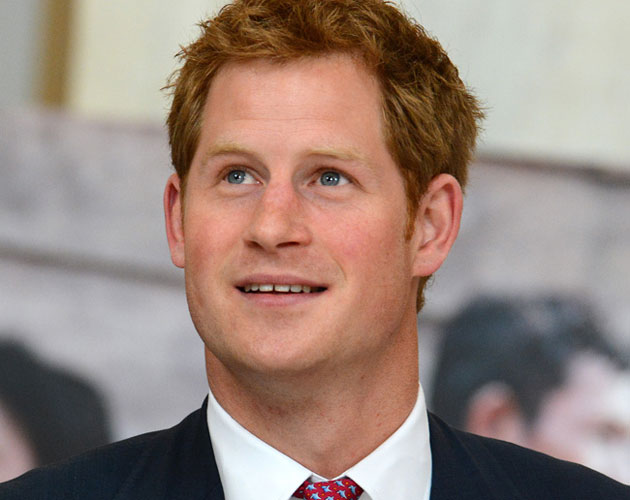 Britain’s Prince Harry hit a home run when he took part in baseball drills yesterday, much to the delight of onlookers.The 28-year-old royal – wearing a suit from an engagement earlier in the day to promote British business in Manhattan – met with youngsters and staff at Project Coach, an East Harlem-based programme which offerscoaching opportunities and community mentoring and impressed everyone with his sporting skills when he took on New York Yankees star Mark Teixeira.The sportsman, who is a member of project coach, said: “Everybody here enjoys having Yankees around but when Prince Harry shows up it takes it up to a whole different level.

He’s a very good athlete you can tell that right away. I was just telling him ‘keep round the ball’. He knew what he was doing. He played some cricket growing up and he’s seen American baseball – he’s a natural.’

And nine-year-old Jolita Brettler, who has been receiving lessons for two years, was equally impressed.

She said: “All of us were like, ‘Is that a bird or is that a ball?’ I didn’t think anyone could swing that fast.

“He hit that thing out, all of us were like ‘Wow!’ Who thinks that a prince is going to play baseball? Princes are usually in castles or doing something important.”

Harry – whose American Friends of the Royal Foundation is to provide funding to the programme to expand its coaching – was also dubbed ‘Prince Harry of Harlem’ by Rich Berlin, Harlem RBI’s executive director.

He said he wanted to “give a big thank to His Royal Highness…Prince Henry of Wales forever now known as Prince Harry of Harlem.”

Earlier in the day, Harry had praised the “American spirit” as he toured parts of New Jersey that had been stricken by Hurricane Sandy.

As her surveyed the recovery efforts, he said: “It’s the American spirit, isn’t it? Everyone getting together and making things right. It’s fantastic.”