Crackgate Day 6: Rob Ford Fires Chief of Staff, Not Himself 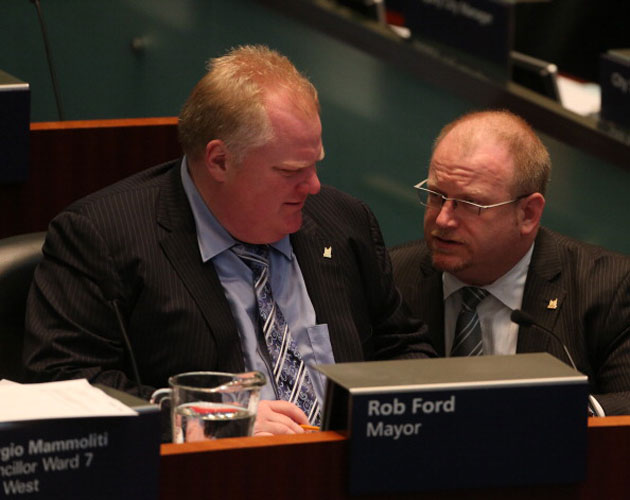 K, this is getting a bit out of hand. As each day passes and the media awaits a statement from Toronto mayor Rob Ford either confirming or denying the video of him smoking crack, things at City Hall are heating up.

We thought Ford was going to continue to keep quiet, and maybe he’ll do so – but now it will be without his chief of staff Mark Towhey ­ – because he fired him this afternoon. Who does he think he is? Stephen Harper? But while Wright resigned, that is not the case here. If Ford is trying to avoid the media’s attention, perhaps he shouldn’t fire his chief of staff amidst this unprecedented scandal.

Now the whispers surrounding City Hall will continue. Did Towhey disagree with the way Ford has handled the reveal of this alleged crack video? Was Towhey urging the mayor to get help for his alleged drug problem? Did Towhey refuse to bury the alleged crack video (assuming that’s what Ford has been trying to do all week)? Only time will tell, but in Ford’s silence, all he is doing is raising more questions.