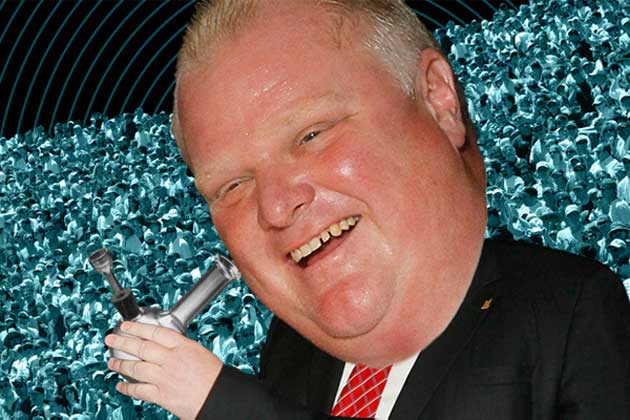 In a bid to buy the infamous but unproven video of Toronto mayor Rob Ford smoking crack, US blog site Gawker has reached the $200k it says it needs to make the purchase from “Somali drug dealers.” Launched 10 days ago by Gawker editor John Cook, the Indiegogo crowd funded project has attracted over eight thousand donors including a $10k contribution from an anonymous source (the amount entitles the individual to the iPhone that recorded the video).

Last week, however, the project hit a snag with Cook reporting “our confidence that we can consummate this transaction has diminished” as the video owners have been AWOL for over a week. The Toronto Star, who also claimed two of its investigative reporters saw the video, says they are still in contact with the tipster who has ties with the owner of the iPhone clip.

This comes after a weekend that saw the Globe run a 4,000-word bombshell detailing the alleged history of hashish dealing by the mayor’s influential brother, councillor Doug Ford during his teen years– only to be followed by a fiery response by the Fords in their weekly radio talk where the mayor referred to the media as “maggots.” And adding to the drama, the Globe And Mail newspaper now reports a senior staffer from Mayor Ford’s office was interviewed by Toronto police over a tip connecting the alleged video and a homicide.