Jean Stapleton, Star of “All in the Family,” Passes Away 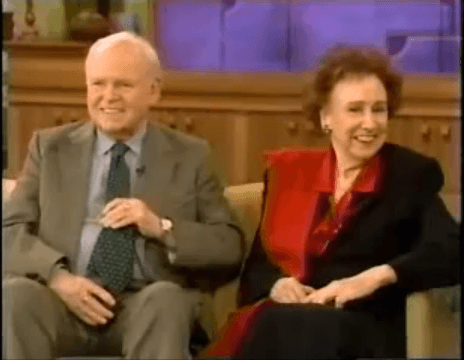 Though Jean Stapleton’s six-decade career earned her success from Hollywood to Broadway, it’s a plain, dim, loveable, Queens, New York, housewife she’ll forever be associated with. Stapleton, who earned fame and praise for her role as Edith Bunker on the iconic 1970s sitcom All in the Family, passed away yesterday at her home in New York City. According to her family she was surrounded by loved ones, including her two children John and Pamela Putch, and died of natural causes. She was 90.

Stapleton, born Jeanne Murray on Jan. 23, 1923, in New York City, was only 18 when she launched her acting career in local theatre productions. She eventually worked her way to Broadway, including acting opposite Barbra Streisand as Mrs. Strakosh in the inaugural production of Funny Girl. She also found success in television, with credits on shows such as Car 54 Where Are You?, My Three Sons, and The Patty Duke Show among others.

It wasn’t until 1971, however, that Stapleton gained national and international renown as the loveable “dingbat” Edith, opposite Carroll O’Connor’s perennially bigoted Archie Bunker. Stapleton earned three Emmy Awards (and eight nominations) for outstanding lead actress in her eight seasons on All in the Family. She also took home two Golden Globes. The video above shows a surprise reunion of Stapleton and O’Connor in 2000, a year before the latter passed away.

Following her departure from the All in the Family franchise (in storyline, Edith dies of a stroke), Stapleton returned the stage while also appearing in guest roles on television shows such as Everybody Loves Raymond and Touched By an Angel and in films including You’ve Got Mail.

For more on Jean Stapleton’s career and life, click here.