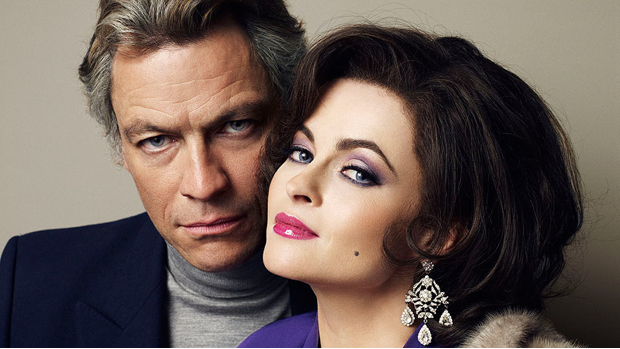 She’s a screen legend, a style icon, and, ahem, most recently, Zoomer’s eye-catching cover lady. Now, Elizabeth Taylor is once again preparing for her close-up.

News out of England is that British actress Helena Bonham Carter, 47, is pegged to play the iconic starlet in an upcoming BBC America television movie titled Burton and Taylor. Co-starring fellow Brit Dominic West (The Wire, 300) as Richard Burton, the film takes place nearly a decade after the couple’s second divorce, when they re-united as co-stars in the Noel Coward play Private Lives, which hit Broadway in 1983 (a year before Burton passed away).

Hopes are high that this made-for-television flick plays out better than last year’s trumped up bomb Liz & Dick, which starred troubled star Lindsey Lohan as Taylor. I’m serious – people hated it. Consider this review of the Lifetime debacle: “It’s a testament to how badly Liz & Dick misses the mark that Taylor receiving news of Burton’s death inspires the film’s biggest unintentional guffaws. At least the actor has the release of being put out of his misery, a fate that should have befallen this misbegotten vanity project before shooting even began.” Ouch.

Burton and Taylor looks far more likely be a hit, considering its leading lady has been recognized by everyone from the Oscars to the Golden Globes to the Queen of England for her acting talents. And just to stoke your excitement a little more, BBC America released the first image of the couple from the film (seen above).