All At Sea — The Travels of Prince Andrew 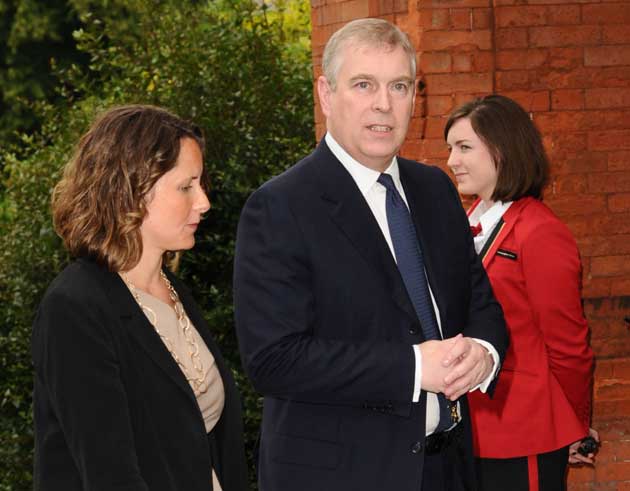 Prince Andrew, the middle of Queen Elizabeth’s sons, is all at sea – in the positive sense! Having graduated with A-Levels in English, history, economics and political science, Andrew decided not to go to university and instead opted to enter the Britannia Royal Naval College at Dartmouth, starting a long and distinguished career in the Navy. His younger brother Edward also eschewed university (in favour of the theatre, in his case), but Andrew’s resulting career has been arguably more exciting.

In April 1979, Andrew was enrolled at the Royal Naval College Flight to undergo pilot training, soon being accepted as a trainee helicopter pilot, and signing on for 12 years. He was appointed as a Midshipman on September 1 and the next year he took the Royal Marines commando course.

Elementary flying training followed at RAF Leeming and after that he joined the crew of HMS Seahawk, learning to fly the Gazelle helicopter. Having got his ‘wings’, the Sea King helicopter beckoned, and then in 1982 he joined the frontline unit of 820 Naval Air Squadron aboard the HMS Invincible aircraft carrier.

When April 1982 saw the onset of the Falklands War, Andrew was set to be put in harm’s way. Although the British government was worried that he could be killed in action, his mother the Queen stepped in and said he should be allowed to stay at his station on the Invincible. He certainly did see action, participating in rescue missions and open warfare as a Sea King co-pilot. It was said that the Argentinian military had plotted to assassinate Andrew during this time, but he served throughout the conflict and returned safely to Britain.

At the end of the next year, Andrew transferred again, this time to RNAS Portland, learning to fly yet another helicopter – the Lynx. In 1984 he reached the rank of Lieutenant and served aboard the HMS Brazen until 1986. Continuing to train throughout the next several years, Andrew spent time on HMS Edinburgh, was stationed for a time in the Far East and in the North Atlantic, and eventually reached the rank of Lieutenant-Commander in February 1992. From 1993 to 1994, he commanded the HMS Cottesmore – he became a fully-fledged Commander five years later.

Finishing active duty in 2001, Andrew had notched up thousands of flight hours. Nine years later, he received a special 50th birthday present – a promotion to Honorary Rear Admiral. Since retiring, Andrew worked in a much more sedate job until 2011, as the United Kingdom’s Special Representative for International Trade and Investment. However, his military training came in handy when in September 2012 he abseiled down The Shard building in London for charity.