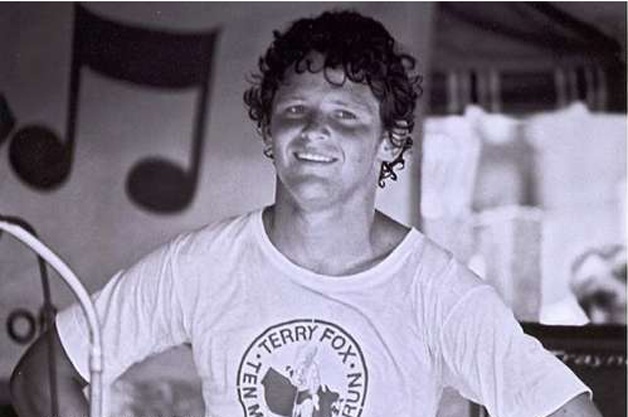 The last time Terry Fox appeared on the streets of Toronto was July 1980 when he brought his iconic Marathon of Hope to Nathan Phillips Square, where he received praise and donations from the more than 10,000 people in attendance. Now, 33 years later, Fox will again grace the city’s streets when his name is engraved into Canada’s Walk of Fame (CWOF).

The only surprise coming out of the announcement of the 2013 class – which marks the  CWOF’s 15th anniversary – this morning is the fact that it’s taken a decade and a half to honour Fox. Though perhaps it’s not such a surprise, considering rock group Nickelback got its spot on CWOF in 2007 while folks like Leonard Cohen, Peter Mansbridge, David Suzuki, Alice Munro and other notable names still wait to be enshrined.  You’d think with 30,000 people from more than 130 countries voting on the inductees, some of these luminaries would make the cut.

Still, it’s better late than never for Fox, and when the CWOF ceremony takes place in September, he’ll be in good company. Famed jazz pianist Oscar Peterson adds his induction to an already long list of accolades, including a Glenn Gould Prize, eight Grammys and an Order of Canada. He’s also the recipient of this year’s Cineplex Legends Award. Meanwhile, venerable actor, writer and soon-to-be reality TV star Alan Thicke, 66, will also receive a spot on the Walk.

Filling out the rest of the 2013 class are famed music producer and Canadian music Hall of Famer Bob Ezrin and stage and screen veteran Victor Garber, both 64, Lou Marsh Trophy (Canadian Athlete of the Year) winning soccer star Christine Sinclair and human rights activists and Free the Children founders Craig and Marc Kielburger.

In addition, legendary Canadian actor (and Zoomer cover man) Christopher Plummer will finally receive his star in person this year. He was awarded it along with the inaugural class in 1998.

“Each year, we are reminded of just how many Canadians have persevered in their fields, leaving us inspired in our own individual pursuit of excellence,” Dan McGrath, who chairs the CWOF’s Board of Directors, said. “This year’s inductees are no exception.”