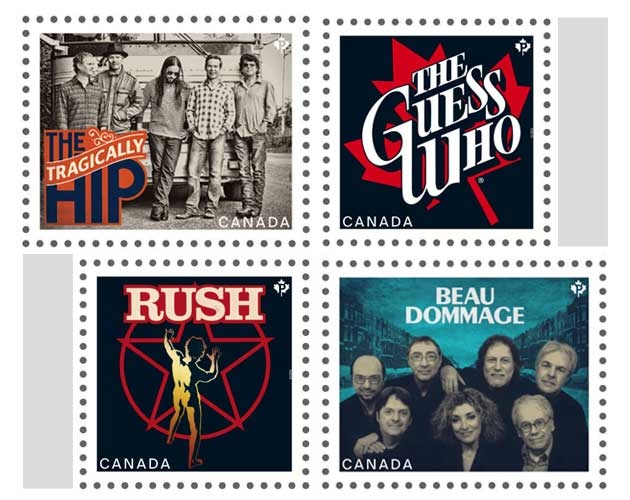 It’s a cultural event, to be sure – especially for those who remember the heyday of stamps and actual paper mail.

So who are the four bands chosen for this honour, you ask? They are:

The Guess Who: Cool!

Who knows – perhaps Beau Dommage will experience a national resurgence due to their stamp exposure. As for the stamps themselves, designer Louis Gagnon worked with members of each band to decide on the look of them, and according to Canada Post, you can buy the stamps individually or they’re “available in booklets of 10 stamps, a set of four booklets and a souvenir sheet of four stamps.”

For more info or to purchase the stamps, visit www.canadapost.ca/shop.

And in the comment section below, let us know which rockers you think should be featured on future Canada Post stamps!