Royal Baby Betting Isn’t The Worst Wager You Could Make 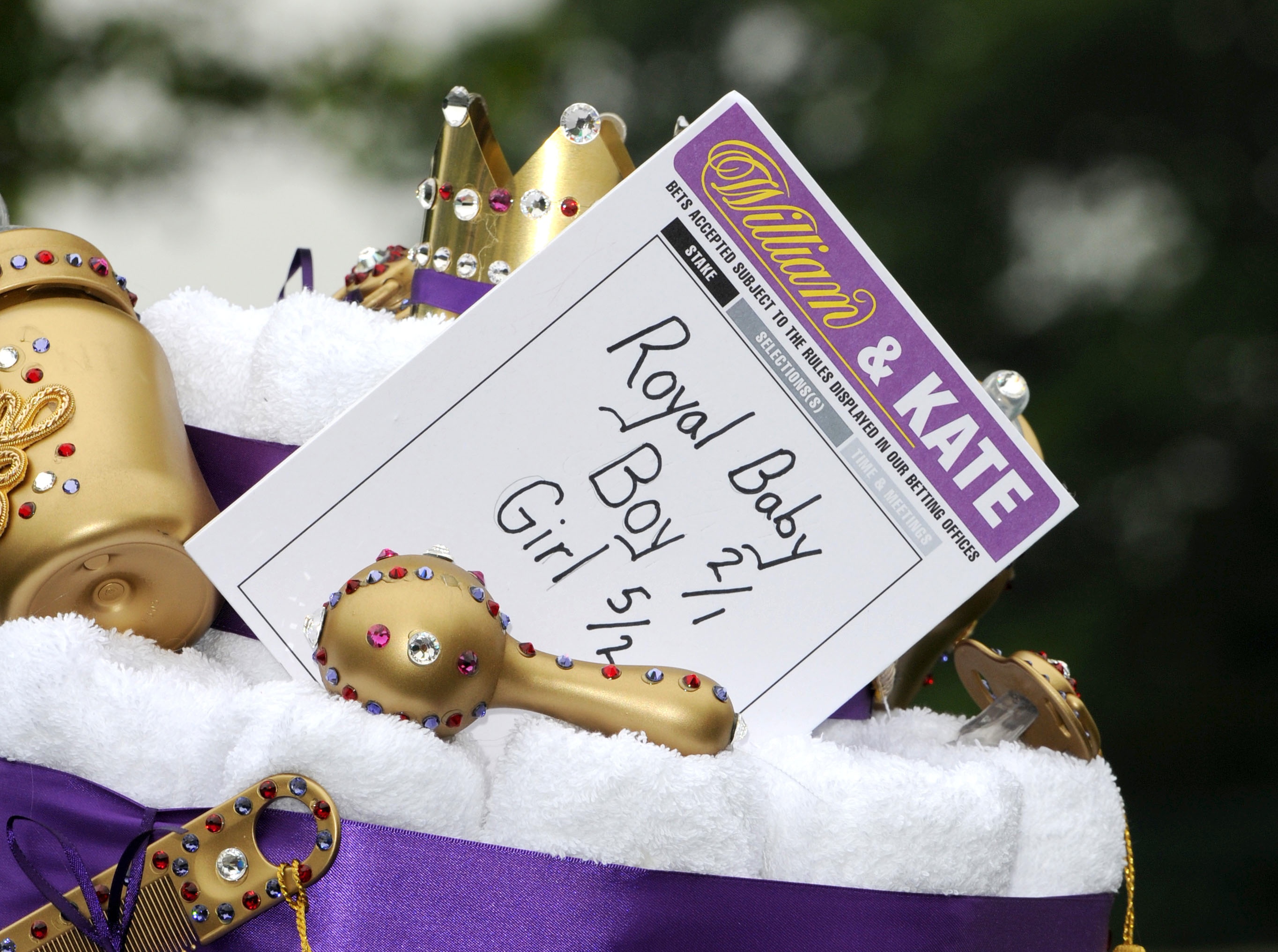 There’s a lot riding on the brand new royal baby, and we’re not just talking the future of the British monarchy. Across England and around the world, people are wagering serious cash on everything from the little guy’s name to what Auntie Pippa will be wearing when she makes her first visit to see the mini-monarch.

Yes, it seems ridiculous, but for some Will and Kate’s bundle of joy could amount to a cash cow, while for others he could break the bank before he’s even a few hours old.

But, believe it or not, betting on a newborn baby isn’t the worst wager you could make. As history has clearly shown, these are five people you should never, ever bet against….

…An Overweight Butcher in a Foot Race

Legend has it that in the late 1700s, a rather large English butcher laid down a challenge for a foot race to the much younger, more athletic Richard Barry, 7th Earl of Barrymore. A noted purveyor of pranks, this time the joke was on the Earl, who graciously offered the larger butcher a head start along with the advantage of choosing the course of the contest. In this race, a speedy brain proved more valuable than speedy feet, as the butcher chose as the route a narrow lane that he could barely squeeze through . It didn’t matter that the Earl eventually caught up to his larger opponent. Being unable to squeeze past his portly foe, Barry was forced to settle for a spot in the runners-up circle.

…The Ugliest Person Alive in an Ugly Contest

John Heidegger was ugly. And we don’t mean unattractive. We mean ugly. And we aren’t just being mean – he was described as “the most ugly man that ever was formed” when he died in 1749. Ouch.

Fortunately, Heidegger, an opera manager in London, parlayed his hideous appearance into a degree of notoriety when one Lord Chesterfield professed to have known uglier folks. Heidegger challenged Chesterfield to extract from the bowels of the city someone as wretched as him, to which Chesterfield supposedly produced a, let’s say. “disagreeable” woman. It seemed like Heidegger had been beat until he removed the woman’s headpiece and placed it on his own hideous noggin. The woman reportedly fainted, and Heidegger retained his unsightly crown.

…Stubborn Folk Who Believe the Earth is Still Flat

It doesn’t matter how many globes you show some people, you just can’t convince them the Earth is round. Take John Hampden who, in 1870, represented one of many British Flat Earth Societies. He put up 500 pounds against anyone who could prove the Earth was round. When scientist Alfred Russell Wallace took him up on the bet and even went to great lengths to prove it, Hampden launched what essentially amounted to a pubic smear campaign against him. The ensuing court battles distracted attention from Wallace’s argument, and the cost of defending himself literally drove him into the poor house. Hampden, it can only be assumed, returned to his own house, arms folded across his chest, prepared to deny any other scientifically proven facts that dare cross his path.

Who’d have thought that the man who praised love over material possessions in The Grinch Who Stole Christmas was a betting man? It turns out he was – or at least when faced with a challenge he was determined to rise to. In 1960, Dr. Seuss’ publisher, Bennett Cerf, famously bet him $50 that he couldn’t write a hit story using less than 50 words. The good doctor took the bet and got down to writing. The result? Green Eggs and Ham.

…The U.S. Secret Service (even if you’re Shaquille O’Neil)

The United States Secret Service is known as the elite force in charge of protecting the president. After all, you never know who’s looking to face off with the commander-in-chief; they could come from above, sneak up from behind or, in this case, simply ring the White House doorbell.

In 2009, NBA superstar Shaquille O’Neal bet 1,000 push-ups that he could show up to 1600 Pennsylvania Ave. unannounced and gain entry to see the president.

“Check this out,” Shaq said on a radio show before attempting the stunt. “I got on a nice suit, I’m in D.C. paying a visit, I jump out of a cab in front of the White House, I don’t use none of my political or law enforcement connections. If I go to the gate and say, ‘Hey, I’m in town, I would like to see the President,’ do I get in or do I not get in?”

As it turns out, the secret service don’t get star-struck easily, and the seven-foot superstar was denied access. For his part, Shaq is supposedly working off those push-ups a few at a time.