The Great Victor Newman: Soap Star Dishes on His Life and Financial Worth 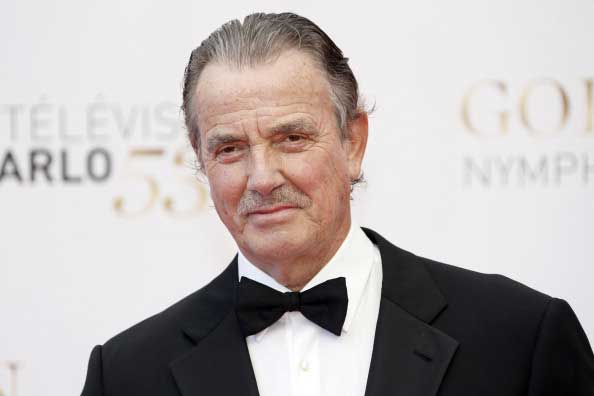 Anyone who watches The Great Victor Newman on the hit soap opera, The Young and the Restless, knows no one bullies one of TV’s most ruthless villains. Nor do you go head-to-head with his Emmy-winning portrayer, Eric Braeden.

In an industry increasingly obsessed with youth, the 72-year-old German native has become an accidental yet tireless advocate for older people’s rights in show business.

In 2009, he infamously went up against the company that produces the No. 1 serial, Sony Pictures, after a much publicized contract showdown worthy of any juicy soap plot. He was asked to take a significant pay cut. In true Newman-style, Braeden walked, and ratings nosedived. Fans were furious until CBS stepped in and mediated. A few months later, Braeden returned to reclaim what is rightfully his. Then, his co-star and leading lady Melody Thomas Scott was also asked to take a pay cut or take a hike. (Scott returned in November after agreeing to a reasonable pay cut.)

Braeden said at the time: “After all these years, to be treated in such an unprofessional manner, well, it doesn’t sit well with me. Considering I have always been willing to make financial concessions, this sledgehammer approach is simply unacceptable. After 30 years of loyal service, I was sent a cold email to my agent in very dry terms: ‘End of 20-week cycle. This is the pay cut, accept it because there is no negotiation.’”

If that wasn’t enough to curl Braeden’s trademark mustache, he also got into a heated public battle with sitcom star Neil Patrick Harris. When the soap star turned down an opportunity to reprise his role on How I Met Your Mother due to recent surgery and exhaustion, Harris unfairly called him “a D-bag” on Twitter.

Braeden hit back immediately, saying, “I have been in this business for 50 years, have seen so many actors come and go – most of them never to be seen or heard from again. I suggest whoever this young fellow is that he enjoy his success and count his blessings and save his money.”

We sat down with the real-life titan to discuss the current global economic crisis, ageism in show business, why he’ll never retire and the secret to his relentless passion, drive and energy.

What do you think of the Occupy movements that enveloped the headlines and world streets?

It’s a very good thing. I’m outraged as the people are. This grassroot movement is democracy at work. The egregious at the top, the Wall Street executives, still receiving these obscene bonuses is an affront like no other. People are not stupid. I’m disappointed with [U.S.] President Obama for not standing up to these corporate bullies. The notion that if we lower taxes it will create more employment has proven not to be true.

Are you surprised at how mobilized and organized the movement became?

Credit social media. People are very upset. Unfettered, unregulated capitalism leads to the very antithesis of free enterprise. Why? Because it leads to a monopolization of an economy by virtue of the fact that it’s Darwinian: the strongest survive. Power in fewer hands is the death knell of free enterprise, which cannot be totally free; it must be regulated. It’s a tricky fine balance because, as we’ve seen in socialist countries, too much regulation stagnates a country, but too little regulation essentially does the same thing. That’s why I love and respect Canada so much because you are not governed by greed.

Would you like to see corporate maverick Victor Newman tackle this timely storyline? Your show is famous for its business stories.

[Laughs] Well, right now he’s very involved in another storyline but, yeah, it would be interesting.

Looking back, are you proud how you stood up to “the machine” during your pay-cut battle with Sony and CBS?

Of course. First of all, we have to raise the retirement age in order to save Social Security and other programs. Why would companies want to get rid of the people with the most experience? It’s insane. Don’t tell me with all the brains in any country we can’t figure out a way to make a profit and derive a profit from our most experienced workers. Germans have done a very good job at working with unions to keep manufacturing in their country. I think America can do the same thing. Without concern for a society as a whole, the scams between rich and poor will become wider and wider. That, in the end, will backfire.

Four soap operas have been canceled in the past few years because Madison Avenue doesn’t consider anyone over 49 to be relevant. Thoughts?

[Sighs] It’s ridiculous. This notion that people under 49 only buy things or that their buying habits will not change is bullshit! It’s nonsense. You cannot  cut out what will become or is already the majority of the population. But it’s all about the bottom line. They can produce more talk shows now. Like we needed more of those. Everyone’s talking but no one is communicating. I hope the trend returns to storytelling. There’s a certain comfort in seeing billionaires like Victor Newman not happy despite his wealth. People need to feel like they are a part of a larger universe. They need to feel like they are not alone.

What advice would you give older people trying to stay relevant in today’s business world?

I, Eric Braeden, work out every day. Twice a day sometimes. I feel strong and young. And I’m not kidding you. I’m full of piss and vinegar. I really believe in working out. Even when I’ve filmed all day and I get home late, I force myself to work out at night. I’m deeply grateful for having learned this kind of discipline early on in my sports career when I played soccer, tennis and boxing professionally.

Do you ever think of retiring?

No! What the hell would I do if I retired? [Laughs] Are you kidding? I’d go nuts. I need things to do. I need to be engaged in life. I’m young and restless, my man!

Your current ray of light is your young granddaughter.

Oh, she warms my heart like no one else. I adore her like crazy. Surrounding yourself with younger people is always a good idea.

Do you have regrets?

Listen, we all reflect on one’s life. You’d be an idiot not to ask, “What if … ?” but I don’t linger on what could have been for too long. I move on after reflecting. I’m basically very optimistic. But once again, that mantra comes from sports. I grew up in track and field. From the age 10, I was imbued with the idea of improving myself. That’s stayed with me all my life. You can’t deal in hypothetical or what might have been but what is to come. For anyone who wants to know … that’s the secret to how I tick.