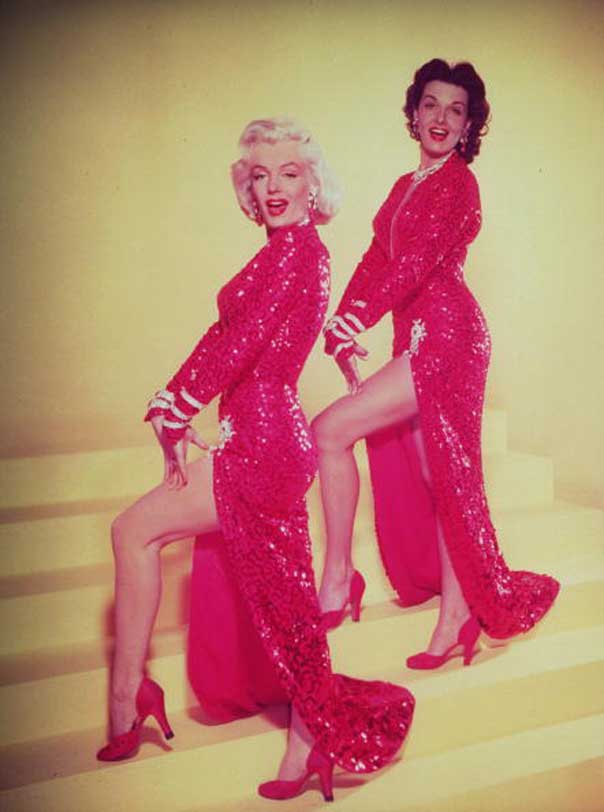 Plot: Lounge singers Lorelei Lee (Monroe) and Dorothy Shaw (Russell) are the entertainment on a cruise to Paris. Lorelei loves diamonds and is looking for a wealthy husband to provide them while Dorothy is simply looking for love. They meet many eligible men on board and romance, misunderstandings and a missing tiara all come into play in this memorable musical comedy.

Lorelei Lee: “Don’t you know that a man being rich is like a girl being pretty? You wouldn’t marry a girl just because she’s pretty, but my goodness, doesn’t it help?”

50 years later: While it seems a quaint musical comedy that comments on the social mores of the wealthy, Gentlemen Prefer Blondes was very popular with audiences in its day. In it, Monroe sang the song that she’s best remembered for – a captivating rendition of “Diamonds are a Girl’s Best Friend.” This movie cemented Monroe’s standing as Hollywood’s reigning sex symbol, despite the fact she received second-billing to Russell in the opening credits.