Featured Flick: River of No Return 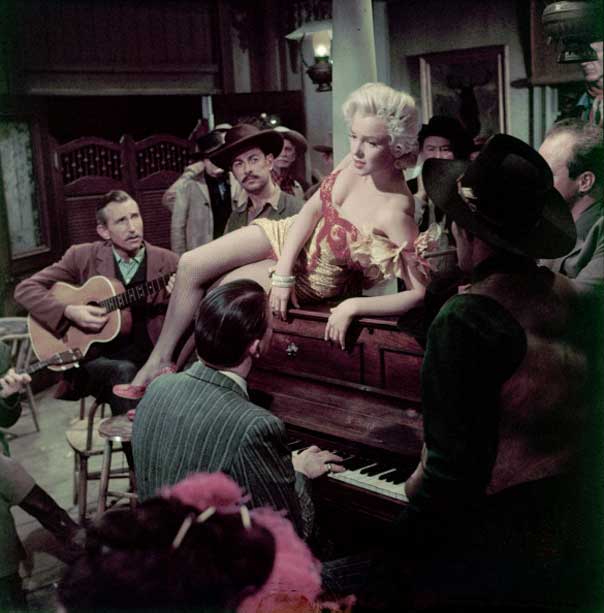 Plot: Set in the Northwestern U.S. in the 1870s (but filmed in Canada) Matt Calder (Mitchum) is a farmer who helps out a Harry and Kay Weston (Calhoun and Monroe) who have lost control of their raft on the river. When Harry abandons them, Calder and Kay try to escape an Indian attack by taking the raft down the river.

50 years later: What makes this film memorable is definitely not the plot or acting but that it was shot amidst the beautiful Rocky Mountains in Banff’s National Park. The storyline is weak and the always overly self-critical Monroe later called it her worst film. Preminger, the film’s director, agreed with her assessment but later softened his tone. “She tried very hard, and when people try hard, you can’t be mad at them.”