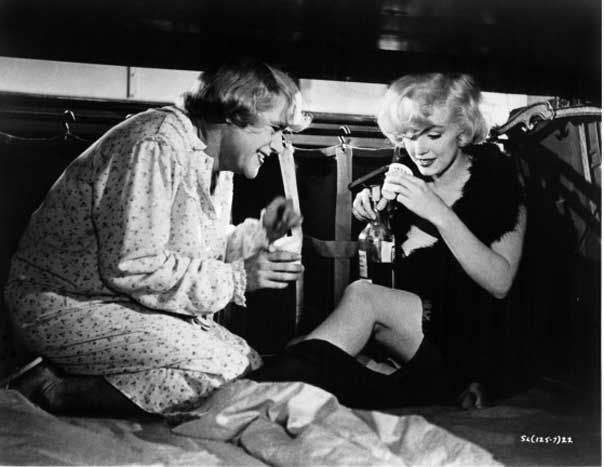 Plot: Joe and Jerry (Curtis, Lemmon) are two Chicago musicians who witness a mob-hit. In order to flee the state, they disguise themselves as women and join an all-girls band, which includes the singing and ukelele-playing Sugar Kane Kowalczyk (Monroe).

Junior: “Look, if all you’re interested in is whether I am married or not…”
Sugar: “Oh, I’m not interested at all.”
Junior: “Well, I’m not.”

50 years later: Despite being a terror during the filming of Some Like it Hot  – so much so that Wilder barred her from the wrap party – it became her most successful role, landing her a Golden Globe for Best Actress (Musical or Comedy). The film was also roaring box-office success and, to this day, is a mainstay on any list of top comedies of all time.