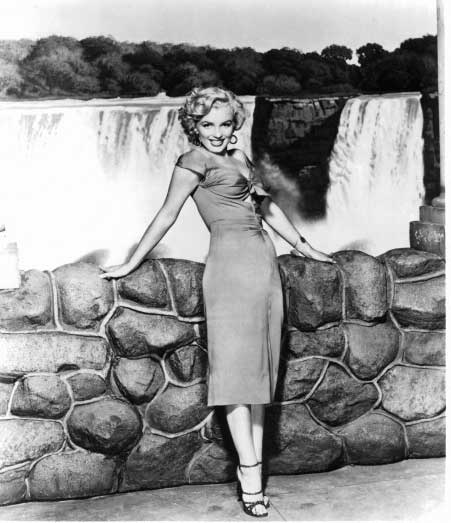 Ray Cutler (On seeing Monroe in a revealing outfit) “Hey, get out the firehose!”

50 years later: In the other movie she filmed in Canada, the director decided that Niagara the Falls and Monroe’s sensuality would occupy the bulk of the screen time in this tense thriller. She gamely plays the femme fatale role that, though largely overlooked at the time, actually turned out to be one of her best on-screen performances. Andy Warhol used a publicity shot from Niagara for his famous multi-coloured, silkscreen painting of Monroe.