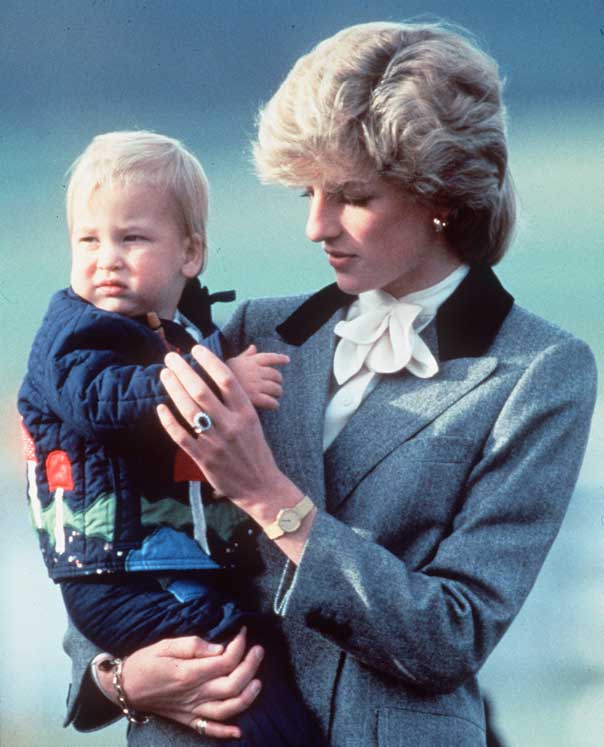 Diana, Princess of Wales was an inspiration to millions and one of the royal family’s most enduring icons. Now, a new film of the last two years of her life aims to do justice to her memory.

The life of Princess Diana may have been cut tragically short, but she has remained enduringly popular – someone who was intriguingly fallible but forever fascinating; someone who may have struggled with her own life in the public eye but was a source of inspiration and confidence to so many people.

People’s fascination, and in some cases obsession, with Diana fuelled a media frenzy which dogged the Princess’s life. Indeed, it was the media that was blamed for her death, the paparazzi hounding her through a tunnel in Paris, leading to a fatal crash that stunned the world.

It was said that in her final year, having finally broken free of her unhappy marriage to Prince Charles – the Queen’s eldest son and heir to the throne – Diana had started to find happiness again. There were rumours of secret romances, and in the numerous press shots of her which adorned the front pages of newspapers, she certainly appeared to be enjoying life, however belatedly.

The last two years of such an incredible journey are the focus of a new film, simply titled Diana, which stars Australian actress Naomi Watts as the Princess. Directed by Oliver Hirschbiegel, who has also directed Downfall, The Invasion and Borgia, the film seeks to do justice to the memory of its subject, and indeed is billed as the first serious film about Princess Diana’s private life.

The production, set for an autumn release, is expected to unleash a new wave of interest in Diana, focusing as it does on her secret romance with heart surgeon Dr Hasnat Kahn (played by Naveen Andrews, most well known as Sayid in the hit TV show Lost). In taking on the title role, Watts knows her performance will be under intense scrutiny, more so than any other character she has played, but she says she relishes the challenge.

The 44-year-old actress admits: “It’s daunting to play Princess Diana. There’s a lot of pressure on you because everyone has such strong impressions of her – but that’s also why you want to take up the challenge. I couldn’t not do it. She’s an iconic figure, she’s part of history and her story needs to be told.

“I was dreading the reaction amongst the public to my playing her. You know that people will complain that you don’t look enough like her, that you’re not tall enough, all those things. It’s very difficult to play someone who had such a deep impact and left such a lasting memory on the public. Our memory of her is still very fresh and you have to be respectful of that. It’s also more complicated and sensitive when you take into account her two boys. But I want to do her justice and help tell her story truthfully.”

Watts was spotted last year in London bearing an uncanny resemblance to the late Princess, wearing the familiar blue jacket, hairstyle, and other outfits that were part of her legend. Indeed in the promotional material for the film, she really does capture the look and style. Watts has also been keen to defuse any possible controversy over the film’s intentions. “We’re not trying to destroy any memory. We’re trying to show Princess Diana in the best possible light as a human being, though full of different layers.”

The actress also remembers where she was in August 1997 when she heard the terrible news of Diana’s tragic passing. “I was shooting a movie in Canada when she died. I happened to be in a room full of people watching the news and we were all crying and deeply upset. It’s one of those events you never forget.”

Just as Kate Middleton was suddenly the subject of a lasting media frenzy when she became Prince William’s girlfriend, so too did young Diana Spencer, becoming perhaps the first real royal ‘celebrity’ when linking with Prince Charles. Her clothes, physique, hairstyle, and behaviour filled newspapers and magazines. And for someone who was painfully shy, the media attention evidently made her feel uncomfortable.

Despite this, she went on to become an endearing public figure. Over 750 million people worldwide watched the royal marriage on July 29, 1981, and, alongside her royal duties as wife to the Queen’s heir, Diana poured her efforts into charitable pursuits. She worked to raise the profiles and bank balances of scores of charities, including London’s Great Ormond Street Hospital for children, and eventually became a key figure in a campaign to ban the use of landmines.

“Her reaction to being in the spotlight was, ultimately, to embrace it,” says Watts. “That’s actually easier said than done, but it was a case of knowing your enemy – the press – and wanting to keep them as close as possible. It’s tragic that, in the end, she perhaps kept them too close.”

Diana’s marriage to Charles failed after only a few years, reportedly as early as 1985. She embarked on an affair with Major James Hewitt and Charles returned to Camilla Parker Bowles, his former girlfriend and future second wife. Newspapers and Andrew Morton’s controversial book – Diana: Her True Story – exposed these affairs in 1992, and once again the media was whipped into a frenzy as leaked tapes and documents went deeper into the exposé, proving that the royal couple were anything but happy.

An ‘amicable separation’ was officially announced at the end of 1992 and a year later the Princess announced her withdrawal from public life. However, despite this, Diana held her status as a hugely popular public figure. She remained in the apartment in Kensington Palace that she had shared with Charles, and began a two-year, very secret relationship with Pakistani heart surgeon Dr. Khan. When that relationship ended in June 1997, she began dating Dodi Fayed, the son of Harrods owner Mohamed Al-Fayed.

She was travelling with Dodi, played in the film by Canadian actor Cas Anvar, when tragedy struck that night, just a year after her divorce. Both were killed in the crash. The reaction, particularly in the UK, was widespread grief – a nation united in mourning the loss of someone who had been adored and admired by so many. Millions watched the funeral at Westminster Abbey on September 6, 1997, and interest in the cause of her death continued for many years, with Al-Fayed claiming a royal conspiracy was responsible for the death of his son and Diana.

“It’s terribly sad the way the legacy continues and there are so many broken-hearted people still searching for answers, not least Prince Harry and Prince William. But Diana’s place in modern royal folklore has been sealed, and she certainly deserves that,” says Watts.

Several permanent memorials were created to the Princess around the world, including in some of her favourite London locations: a fountain in Hyde Park, a playground in Kensington Gardens and a memorial walk taking in St James’ and Green Park too. An unofficial memorial is The Flame of Liberty, erected in 1989 on the Place de l’Alma in Paris, situated above the entrance to the tunnel in which the fatal crash occurred.

Now, Naomi Watts’ portrayal of the Princess should help draw another line under the life of a very special lady – a fitting tribute to Diana’s memory that reminds the world of her lasting appeal and influence, even 16 years on from that night in Paris.