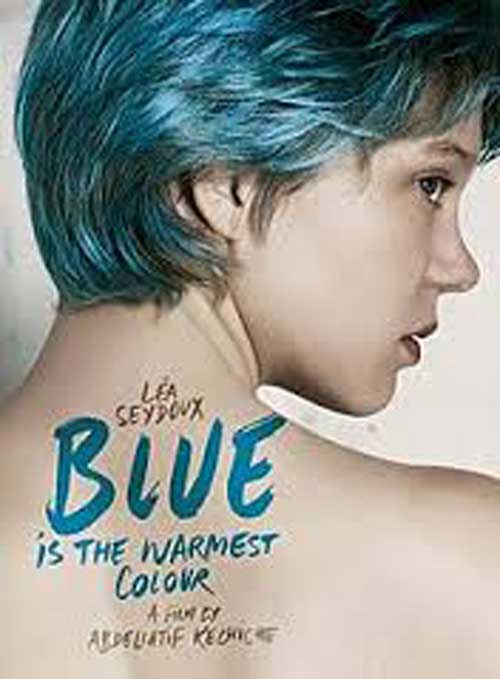 Choice Quote: “Love has no gender. Take whoever loves you.”

The Hype: You may have heard that this film, about a French teen who explores a lesbian relationship with a 20-something woman, won the coveted Palme d’Or for best film at this year’s Cannes Film Festival, as well as earning the top awards for its director and both lead actresses – the first film to ever accomplish the feat. You also may have heard that it’s based on a graphic novel, Blue Angel, by Julie Maroh.

Most likely, though, you heard about its very long, very graphic sex scenes that caused some French audiences to walk out of the film.

The question for TIFF audiences now is simple: is it a great film or dressed-up smut that’ll lead you to storm out in disgust? The answer is …

But to get hung up on the sex is to completely miss the entire point of the movie. This is a film about a changing France, where the students riot in the street for education equality; where homosexuality is viewed by a very vocal segment of the population as tantamount to a criminal offense; where religious freedoms and old world values clash with a modern society that’s plugged in and prepared to fight for the right to dress, live, love and worship with whoever they please.

All of this plays out through Adèle (Exarchopoulos) and Emma (Seydoux), with the former suffering the torment of high school friends who mock her sexuality, parents who are too oblivious to grasp it and even her own inner doubts and insecurities about who she is and where she fits in this world.

Taking nothing away from Seydoux’s fantastic performance, Exarchopoulos’s is the one the other film fest actors have to top. At 18, her command of her emotions and the nuances they entail is at a level of a performer years ahead of her.

The film itself is gritty and realistic – and we’re not just talking about the sex scenes. Little touches, like close-ups of the pasta sauce on Adèle’s chin as she eats dinner or her runny nose when she’s crying, add almost a documentary feel while illustrating a level of maturity from which she evolves throughout the film. The families, the friends, the kids, the situations – none of it comes off as contrived or “made for the screen.”

This isn’t typical Hollywood fare. In fact, it may be one of the 21st century’s first great screen romances. It’s raw, emotional, realistic and literally leaves nothing to the imagination. If you’re prudish about sex scenes, count the dried pieces of gum on the theatre floor while the girls make love, but don’t miss out on the film because of it.

And besides, it reportedly took the girls 10 DAYS to film that 10-MINUTE romp, and a physical fight they get into was apparently no holds barred, for REAL. Some crew members are said to have QUIT over the working conditions. Don’t let it all have been in vain.

The Verdict As the French say: “Magnifique!”

See it in theatres or rent it? Theatres

Can the grandkids watch? Do you have to ask?