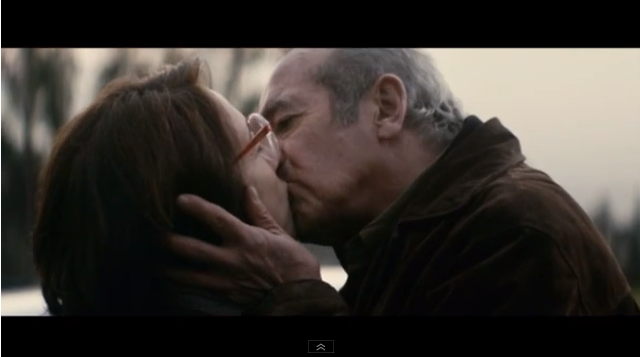 Genre: Drama with a hint of comedy (Spanish w/ subtitles)

The Hype: The story of how Gloria, a 58-year-old empty-nester and divorcee, navigates the dating scene, dancing and chatting the nights away in hopes of finding love again.

The Reality: Gloria’s got a lot of soul, and the title character goes through more than her fair share of trouble, which makes you just want to hug her by the end of it all.

Shot in Chile, it’s a realistic portrayal of a strong-willed woman who refuses to settle for the quiet life, especially since her kids have moved out and her ex-husband has moved on. She parties at singles bars, alone, with no fear of approaching men she’s attracted to and striking up a conversation…and sometimes more.

Garcia embodies Gloria completely, from her maternal stature around her kids/grandchild, to a confident but slightly shy solo on the dance floor, to the woman who strips bare to show her flaky new boyfriend, Rodolfo (Hernández), what he’ll be missing if he leaves their couple’s getaway to tend to his overbearing adult daughters and ex-wife.

In this way the film stays true to its subject. People in their late 50’s, and late 60’s or 70’s or beyond, are sexual beings. The nudity and intimacy seen here, while tasteful, is often reserved for younger on-screen couples. But, there’s no prejudice in this film. Sex is sex, naked is naked. Love is love. And the barriers Gloria faces — some universal, some unique to her stage of life — are treated realistically as well.

Throughout, Gloria faces more heartache than she deserves, but she manages to hold herself up, quite literally, like when she wakes up on a beach after a night of drunken debauchery and has to march the dreaded walk of shame through a hotel lobby.

Gloria’s is a simple tale with compelling twists to keep you engaged – you’ll love the climactic scene where she strikes a blow for every woman whose ever been taken for a fool by a man. The end, admittedly, is a little cheesy, but you can’t help but love this woman and smile along with her.

The Verdict: It’s funny, sweet, and insightful. Whether you’re on the dating scene, think you may end up there, or simply wonder what it’s like to start over after middle age, you’ll enjoy it.

Can the grandkids watch?: If they’re old enough to grasp the subject matter, and are okay with full frontal nudity.