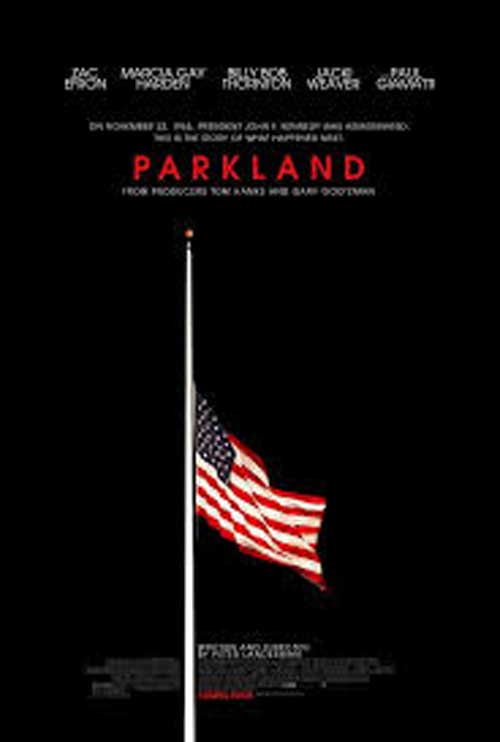 The Hype I know what you’re thinking: “Why are there hardly any films about the JFK assassination?” Thankfully, Parkland is here to help ensure Kennedy’s death doesn’t slip unnoticed into the dustbin of history.

This is the story of the aftermath of the president’s shooting, told from the point of view of those who worked at Parkland Memorial Hospital (where both Kennedy and Lee Harvey Oswald were rushed following their respective attacks) to the FBI agents on the case to Oswald’s brother (Dale) and mother (Weaver) and even amateur video-shooter Abraham Zapruder (Giamatti).

The Reality If you’re wondering if we really need another JFK assassination film, the answer is no. Well, at least not this one.

The problem with Parkland is not that it’s terribly unwatchable. It’s not really anything, actually. It’s just … there.

The dialogue is bland, the casting is, at times, questionable (suspending your disbelief to buy that High School Musical’s Zac Efron is suddenly a surgeon capable of operating on the president of the United States is a stretch), and the story is, to be quite honest, worn out.

We know how it ends – for Kennedy, for Oswald, for America, so it’s tough to get invested in the tension of the operating room or the FBI offices. In all fairness, though, keeping Kennedy’s eyes open during the entire surgery, as he seemingly watches the hospital staff operate frantically to save him, is a pretty ominous touch.

The best parts of the film though – if they’re indeed true – are what would have made for a fantastic documentary. It’s the small things – the quarrel between the Dallas Medical Examiner and the Secret Service as to who has jurisdiction over what is, essentially, a local murder victim; the media frenzy and money offers that followed the revelation of Zapruder’s film; the idea that the FBI could have arrested Oswald 10 days prior to the shooting for threatening a federal agent; the fact that no one would do so much as shovel the dirt onto Oswald’s grave at his funeral – his brother did it himself.

Other than that, watch Oliver Stone’s JFK again and keep in mind that there’s probably a reason a lot of these folks never figured into previous Kennedy assassination films.

The Verdict There are too many other movies at TIFF to spend your time here.

See it in theatres or rent it? Rent

Can the grandkids watch? See the above verdict.