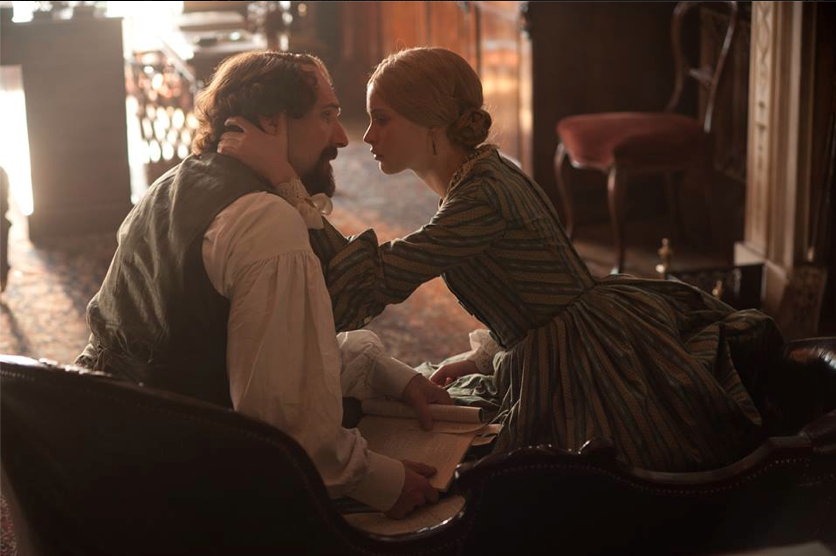 Choice Quote: “Don’t say anything Charles…Everyone has their secret. This is ours.”

The Hype: Before “Brangelina” or “Bennifer” or “TomKat” there was “Charnelly.” Er, “Chellen”? Charles Dickens and Ellen (Nelly) Ternan – the famed writer and his almost secret mistress. The affair between the 45-year-old writer and the 18-year-old aspiring actress resulted in the break-up of his marriage and an effort by Dickens to shield the girl from prying public eyes – while supporting her financially – until the day he died.

The Reality: I have a rule about reviewing films. I wait at least 24 hours after the movie to write anything about it, as a means of getting my impressions in order and letting superficial critiques fall away. In the case of The Invisible Woman, a lot of critics loved this film. I still haven’t decided if I’m one of them.

Common sense suggests that if I don’t know by now, then I probably didn’t. But I don’t think that’s fair to Fiennes, whose passion for the subject matter comes through in his portrayal of a charismatic, loved-by-all Dickens. Jones, as well, proves stellar as Nelly –a strong, ambitious woman who won’t settle for playing “whore” to one of the most famous, married men of the day. The chemistry between the two is natural and given their age difference in real life, it simply adds more authenticity to the part.

It’s also not the other actors, who all hold their own – Scanlan, as Dickens’ long neglected (or is it self-imposed exile?) wife Catherine, breaks your heart when she personally delivers Nelly’s birthday gift from Charles – or the sets and costumes, which are exquisite. Rather, it’s the tone – more BBC movie than feature film.

Fiennes’ direction is solid, but not spectacular. It’s sort of just…there. The film has its dramatic points but the back and forth between flashbacks to Nelly’s life with Dickens and the present Nelly can be confusing – especially since Jones looks essentially the same age in both despite nearly two decades having passed. The real life Nelly supposedly passed for 23 when she was 37, but here she looks 20 and then a more dressed up 20.

Of course, with any historical production the facts are for others to interpret. The famous train crash that Dickens and Nelly were involved in is depicted, though her mother, present in real life, is absent here. And there’s a debate among historians as to whether Nelly and Dickens ever conceived a child, but here that debate is put to rest.

Overall, the film moves along at a polite pace. There aren’t any blow-away, film-defining scenes, and the whole thing ends pretty neatly.

The Invisible Woman is either an understated masterpiece or a film that’s no-doubt good, but perhaps falls short of (great) expectations – a novel, by the way, that Dickens is depicted writing during the period. I haven’t made up my mind entirely, but I’m inclined to go with the latter.

The Verdict: The two main performances are great, and Hollander as playwright Wilkie Collins can be a laugh. It’s certainly worth checking out and making up your mind for yourself.

Can the grandkids watch?: It may be a little slow for younger viewers.