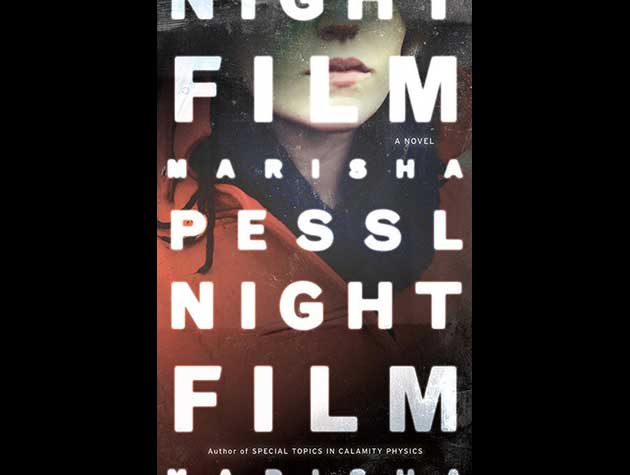 Night Film, is the new thriller by Marisha Pessl, the celebrated author of Special Topics in Calamity Physics. Her new novel tells the story of a reclusive director, the mysterious death of his talented daughter and the disgraced journalist investigating the events that led to her apparent suicide. Zoomer talked with the best-selling writer about inspiration, obsession and embracing the web.

Zoomer: There are so many fascinating elements to Night Film — the reclusive director, his daughter’s mysterious death, the disgraced journalist — where did it start for you?

Marisha Pessl: I think every writer, in some capacity, writes what they want to read. I wanted to read a book that was a dark odyssey with a lot of different twists and turns, with a constant reversal of expectations. So the reader has no idea what is going on but feel they are in good hands. When there are upheavals in the narrative and plot twists, they just enjoy the ride. This is something I wanted to read, so I think that’s how Night Film came into be.

Zoomer: Why do you think people are obsessed with reclusive artists, like Cordova in the book, and writers like Salinger in the reality?

MP: With the public (and I even have this as the consumer of great art and books), there is always the need to understand the creator and pull back the curtain. (Of course, when the shoe is on the other foot and I’m the writer, I don’t like to share too much information.) I think there’s a certain myth-making that occurs when someone is reclusive. And then it’s really fun to allow your imagination to take over. I’m just a big fan of mystery.

Zoomer: Why did you choose to incorporate web pages, news reports and the like in the narrative?

MP: Night Film always had that quality. When I was first talking about the book and when I wanted to write about it, I presented it to my agent and I had all these different documents that I had created. I had case notes written by Scott, the main character who ends up telling the story of Night Film — this washed-up investigative reporter. And I also had different newspaper articles and photographs, a sort-of scrapbook style narrative that gave life to the world I wanted to create. So Night Film always had that, and I wanted to give readers an immediate sense of what the world of the Cordova’s was like and what information was in the public domain and what was not. Also, as compelling as any New York Times article, would be what fans and anonymous bloggers wrote about Cordova. Because that’s the kind of place that we live in now. Individual voices are consumed on the same plane as an old newspaper like the New York Times. That, to me, was really interesting, and giving readers all those voices directly just made sense.

Zoomer: The book actually exists outside of its pages. Can you tell us about the app that supplements the novel?

MP: There is an app, and with that there are five short films that are windows into Night Film and give people a sense of it before they read the book. But then after you read the book, if you go back and watch the clips, you’ll have a new sense of what they are in the context of the novel. That being said, the novel itself stands on its own. So, if you never download the app or check out the footage online, you still get the heart of the story. Everything else is supplemental content, basically stories within stories, smaller threads that run throughout the narrative.

Zoomer: Throughout the book, there are references to literature, movies and poetry. What works influenced Night Film?

MP:  It’s so hard to say because as a reader you read so much that at some point you put it all aside, and whatever is influencing you, it’s in a subconscious way. Obviously, the T.S. Eliot poem The Love Song of J. Alfred Prufrock is a theme throughout the book. It just seemed to complement the Cordova’s life philosophy, giving insight into the way they lived their lives and, especially when you reach the end of the book, understanding why they lived their life that way and why they made the choices that they did.

Win a copy of Night Film: The daughter of notorious film director Stanislas Cordova is found dead in an abandoned warehouse, an apparent suicide. But investigative reporter Scott McGrath feels otherwise and aims to piece together the mystery of her death.