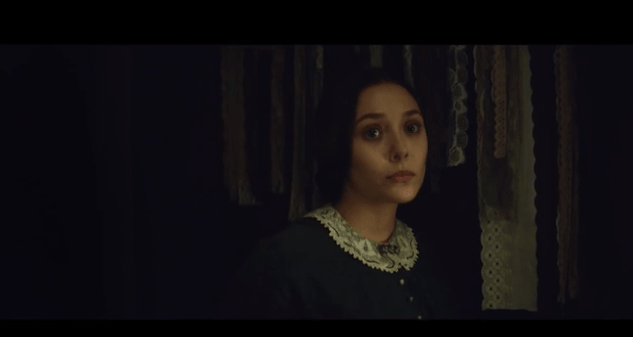 Choice Quote: “God gives and he takes away. He took Camille’s health but He gave him you.”

The Hype: Based on the novel Therese Raquin by Emile Zola and set in 19th century Paris, an orphaned Therese (Olson) is married to her sickly cousin Camille (Felton) by his doting mother Madame Raquin (Lange). While living with them above their Paris shop, Therese meets Camille’s friend Lauent (Isaac). They begin a torrid love affair and eventually murder  Camille’s so they can finally be together. However, haunted by Camille’s death and the ever-suspicious eye of Madame Raquin, the couple descend into a misery that ultimately brings tragic consequences.

The Reality: Olsen is a very real talent, as her award-winning turn in 2011’s Martha Marcy May Marlene proved, and she elevates Therese – a good but not great film – almost single-handedly with her raw passion, playfulness, and a simmering hostility for her aunt that delights when it finally comes to a boil.

Perhaps if you don’t know the story – and particularly the ending – of this oft-adapted tale, the film will offer a few extra thrills. if you are familiar with it then the film feels a little like Sweeney Todd without the singing, or The Tell-Tale Heart without the beating floorboards, or both without that extra bite they both possess that ultimately elevates them to another level of horror.

While Olsen does everything she can with the title role, Lange also deserves credit for her portrayal of the overbearing and mournful Madame Raquin, and Felton, who is pitch perfect as the tragically hopeless Camille. Isaac, as Laurent, however, is basically a brooding prop there to have sex with Therese and then argue with her later in the film.

See it in theatres or rent it?: Theatres are fine, but it won’t lose anything if you pick it up on Netflix.

Can the grandkids watch?: Not unless you want to explain why Therese is moaning when Laurent is hiding under her skirt.