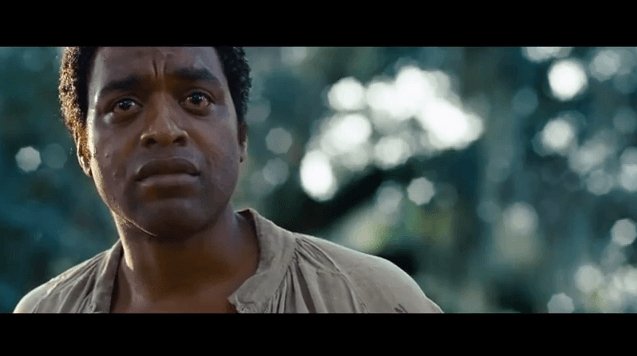 Choice Quote: “Days ago I was with my family. In my home. Today you’re telling me all is lost?…Well, I don’t want to survive. I want to live.”

The Hype: Based on a true story set in pre-Civil War America, Solomon Northup (Ejiofor) is a free man living in New York State who’s kidnapped and sold into the slave trade, working the brutal cane and cotton plantations in the Deep South while desperately vying for a way out.

The Reality: You’ve heard it all already – the unanimous praise for the film, the acting, the story. And there’s a reason: it’s all true. It’s why some people left the theatre wiping tears from their eyes, or others sat staring at the screen long after the film had finished.

12 Years a Slave is brutally real. And I mean brutally. Skillfully crafted with nary a wasted scene or throw-away line in sight, the intensity and realism of the story make this film the epitome of the old axiom “show, don’t tell.”

It’s McQueen’s great fortune to have such brilliant performances at his disposal – Ejiofor’s Solomon and his heart-wrenching resiliency in the face of Fassbender’s pitiless, Scripture-barking master Epps; the innocence of Nyong’o’s Patsey amid the unspeakable horrors of the plantation and the wicked hatred of Paulson’s Mrs. Epps; the brutality of the slave masters and the skin-tearing beatings endured by the slaves. And then you have McQueen himself – who masterfully weaves Han’s Zimmer’s score among the visceral images he places before you on the screen.

True, this film isn’t for everyone. The violence is graphic and in full view – no wound left unopened, no lashing left to the imagination. People in the theatre audibly gasped when slaves peeled away their bloody, shredded shirts to reveal the true damage beneath.

But, in it’s way, that’s the brilliance of McQueen’s ability to strip away the sentimentality and lay the story bare. No need for grand Hollywood orchestrations while the main character runs in slo-mo scross a field toward freedom. As we find out in the film, if you run you get shot. Instead, Solomon’s journey is a painful, debilitating crawl on bloodied hands and knees, and McQueen and his cast ensure the audience feels every second of it.

The Verdict: The top pick at TIFF this year.

Can the grandkids watch?: The violence is very graphic and some scenes could be disturbing to younger viewers.