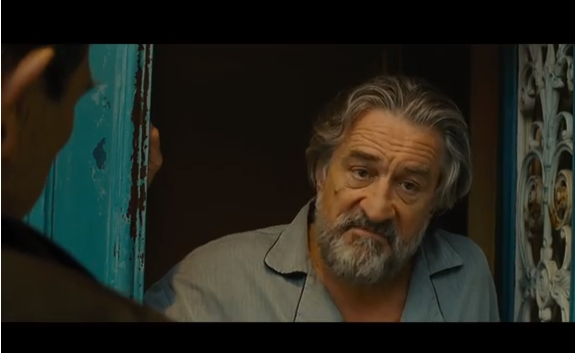 The Hype: De Niro plays mob boss Giovanni Manzoni (Get it? Because he was a mobster in other famous mafia movies. The comedy basically writes itself folks) who for some reason rats out his crew and has to escape into the witness relocation program with his wife Maggie (Pfeiffer), and teenage kids Belle (Agron) and Warren (D’Leo). The FBI plops them down in picturesque Normandy, France, where Agent Stansfield (Jones) wags his finger and warns them not to get into any trouble. But guess what? They TOTALLY DO! Mamma mia!

The Reality: I attempted to keep the sarcasm in the description above subtle and nuanced so, for those who didn’t pick up on it, I’ll admit plainly that I did not like this movie.

There’s a scene in the television show The Sopranos (a brilliant depiction of the mob, by the way) where boss Tony Soprano complains that new mafia recruits have no respect for the family code of honour and keeping quiet about the business.

That’s all I could think about as I watched various members of Manzoni’s family (who, keep in mind, are in witness relocation because angry mobsters are actively searching for them in order to kill them) beat up, blow up, and generally damage anyone and anything that crosses them in this small town where their presence is already very conspicuous. Surprise, surprise, the mobsters track them down.

It makes no sense, and when you pile on the tired mob clichés, Pfeiffer’s off and on Brooklyn accent, and Belle’s extreme overreaction to a crush turned sour, it’s just eye-rolling bad. Oh, and as a side note, watching Pfeiffer discuss the secrets to fine homemade Italian cooking made the Sicilian in me cringe.

Then, to top it all off, at one point in the film De Niro’s character ends up watching and discussing the film Goodfellas. Get it? Because HE WAS IN Goodfellas. Funny, no?

I’ve seen Goodfellas, and this movie is no Goodfellas. It’s not even Analyze This. Please, Mr. De Niro, you’re one of the greatest actors of our time. Maybe you owe someone a favour, maybe you need the cash, or maybe you just don’t care anymore – regardless, if you have to make bad films like this in the future, at least don’t soil the memories of your good films while doing it.

The Verdict: This film is the “Ragu” of Italian mob-themed films.

See it in theatres or rent it?: Seriously?

Can the grandkids watch?: If they’ve been bad.

The Family is in theatres now.