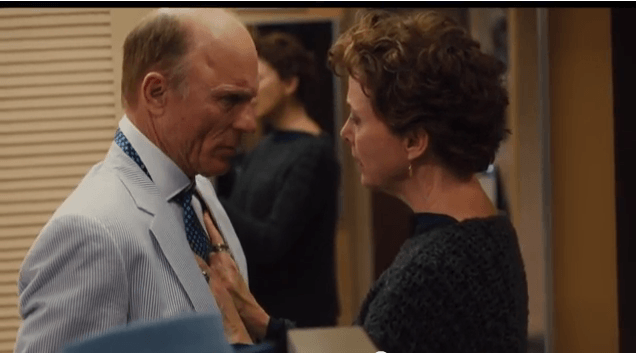 The Reality: Too psychologically twisted for a feel-good romance, but too apologetic for being twisted to be a psychological drama, The Face of Love falls somewhere in the no-man’s land in between.

Bening, who can be great when the role calls for it (see, American Beauty), as Nikki is your archetypical grieving widow character, complete with flashbacks designed to tug at your heartstrings. Meanwhile Harris, who can also turn on the acting, plays the nice guy Garrett and, when he dies, returns to play the nice guy Tom. Not tons of range here.

The film takes an intriguing turn when Nikki attempts to recreate her life with Garrett through Tom, with the latter an oblivious participant in this strange game. But the film never commits to the twist and instead you end up with a lot of scenes where Nikki acts weird, runs away, simply cries, and further confuses Tom. However, because of this, the romance portion of the film can’t fully take off either. It’s start and stop on both sides, so in the end you have a romantic drama that’s neither very romantic nor very dramatic.

Some of the best emotion comes courtesy of Jess Weixler as Nikki’s daughter Summer who, when she meets Tom for the first time, loses her mind and unleashes all of her pent-up grief on him. Meanwhile, Robin Williams, as Nikki’s infatuated neighbour Roger, is wasted here, with neither his comic or dramatic range allowed to shine.

The most infuriating scene, however, comes when Nikki finally fesses up about her dead husband to Tom. Meant to play for optimum drama, the mood is ruined because the continuity editor didn’t notice that in various takes the collar of Tom’s shirt is flipped up, while in others it’s folded down. It makes for a comically obvious distraction during what should be a pivotally emotional scene.

When you think about it, that’s pretty much par for the course here.

The Verdict: Why is this at TIFF?

Can the grandkids watch?: Maybe, if they’ve been bad.