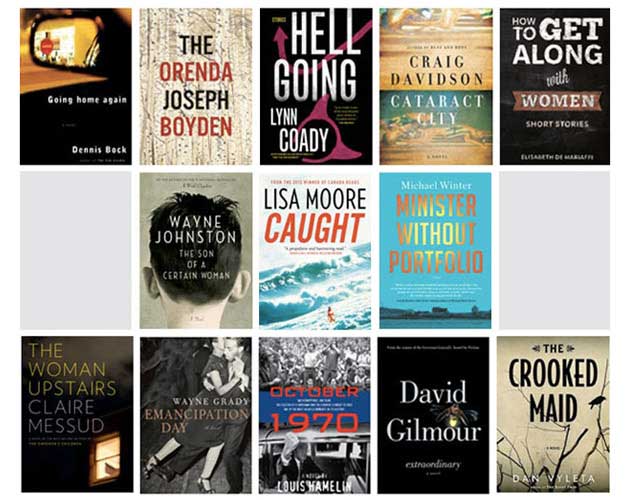 Canada’s literary award season kicked off in Vancouver with the announcement of the Scotiabank Giller Prize’s longlist from the University of British Columbia’s famed Museum of Anthropology – the first time the announcement has taken place outside of Toronto.

B.C.-based author and 2013 Giller juror Esi Edugyan, who won the prestigious award in 2011, was at the event to present the 13 titles that were chosen from a field of 147 books, submitted by 61 publishers from every region of the country.

Notably absent from the longlist were the two Canadian titles on the Booker longlist, Eleanor Catton’s The Luminaries and Ruth Ozeki’s A Tale for the Time Being.

Of interest was the first ever double nomination for an author, with Wayne Grady receiving one for his novel Emancipation Day and one for his work translating Quebec-based writer Louis Hamelin’s novel October 1970 from French.

The longlist for the 20th anniversary of the Scotiabank Giller Prize is:

In their citation of the longlist, the jury writes:

“These are essential stories. Each of these novels and story collections offer a glimpse of who we are, who we might be. Whether set in post-war Vienna or 1970s Montreal, contemporary Afghanistan or Newfoundland, each of these books took us out of ourselves to places that were at times uncomfortable, at times exhilarating. Some of the short stories in these collections exhibit a scope and breadth one would normally associate with a novel; some of the novels on this list have the distilled intensity one expects from short fiction. But all of these books surprised us with their formal rigour, the ferocity of their vision and their willingness to tell unknown stories in remarkably familiar ways. These thirteen books remind us, once again, of that particular beauty only the written word can realize. This is writing at its finest.”

The Giller Prize will present its shortlist at a special event in Toronto on Oct. 8. The winner will be announced at a gala ceremony to honour the finalists on Tuesday,

Established 20 years ago, the award is named in honour of the late literary journalist Doris Giller and was founded in 1994 by her husband, Toronto businessman Jack Rabinovitch. The prize awards $50,000 annually to the author of the best Canadian novel or short story collection published in English and $5,000 to each of the finalists.