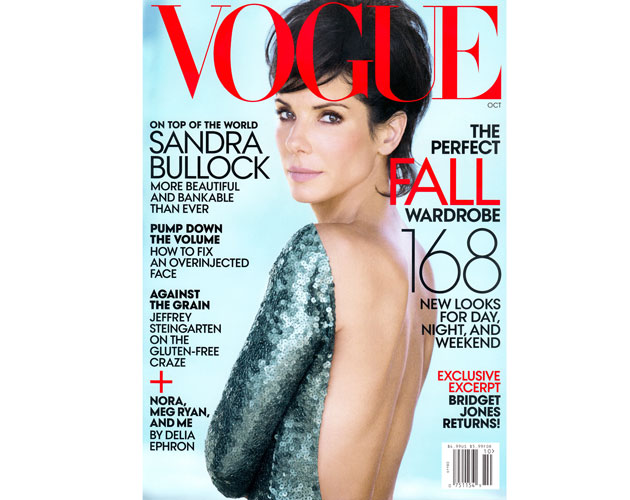 Move over, Miley. The latest actions of U.S. Vogue magazine is proof that sex does not always sell. In fact, it could lose you a cover. This is exactly what happened to Miley Cyrus after her twerking antics at the VMA awards. Reportedly, Anna Wintour was less than impressed with Cyrus’s performance and fired her from the planned photo shoot. And look who graces the cover of Vogue‘s October shoot – the ever graceful Sandra Bullock at age 49. Yes, here is a refreshing example of when age prevails and sex fails. And to top it off, read the cover line: “more beautiful and bankable than ever.” That, folks, is progress.