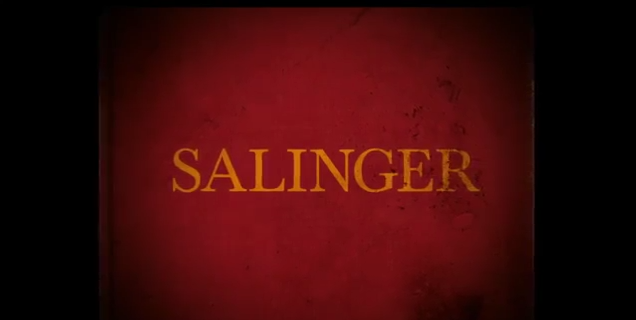 The Reality: As friends of Salinger make clear, the author was not a recluse. He’d come over for dinner, attend community functions, and walk through town. It was the hounding by the press and the lost souls who revered him as some sort of sage – some of those folks are in the movie – who he detested. And he told them that when he met them. And they tell us that in the movie, while showing us the pictures they snapped of him as he walked away.

That’s the major criticism of this film: the prying into the private life of a man who wanted nothing more than his privacy respected. Sure, there are some interesting parts: learning about Salinger’s childhood, his time in the Second World War, and, of course, the film’s big reveal (SPOILER ALERT!) – the fact that, while he hadn’t published since the mid-60’s, he wrote every day for four decades and that material, including more with Holden Caulfield and Glass Family, will be released beginning in 2015.

Still, a lot of the film focuses on celebrity cameos that add little beyond general Salinger-worship, while others speculate on his feelings about everything from being published in The New Yorker, to his love of younger girls, to the role his work played in various high-profile shootings (ie. John Lennon’s death). Without a central narrator, however, the film often comes off as choppy, jumping between interview subjects and takes as a means of providing continuity and finishing ideas. And with no interviews with Salinger himself to draw from (see The Verdict below for more on this), a lot of this film feels like you’re really only getting half the story.

The Verdict: The hypocrisy at the end of the film sealed it for me. Keep in mind Salerno and crew spent around a DECADE researching and making this film about Salinger. So, it turns out they received an anonymous tip they believe came from Salinger’s household, alerting them to be nearby at a specific time. With camera’s rolling, they filmed a 91-year-old Salinger in town, walking out of a store and casually moving toward a waiting car. My first thought: why aren’t they approaching him to see if he’ll speak to them for the documentary? If you delve this deep into a man’s private life after he went to great lengths to prevent that, and then can’t look the man in the eye, maybe you shouldn’t be making this film in the first place.

Theatres or rent it?: Rent

Can the grandkids watch?: Unless they’re old enough to understand who he was and his relevance in popular culture, they’ll just be bored.