The 2013 Emmy Awards [or, What You Watched Until Breaking Bad Came On] 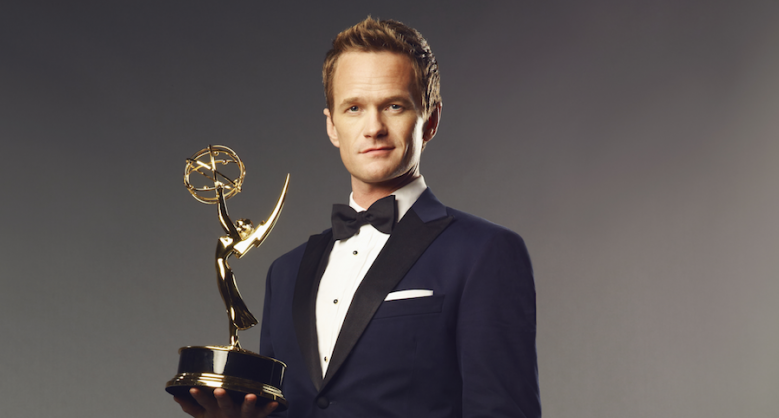 If you weren’t watching the penultimate episode of Breaking Bad, or the series finale of Dexter, well, you probably should have been. I, on the other hand, was watching the Emmy Awards – a show that purported to celebrate the best of television by airing three yawn-inducing hours of it.

The winners are all listed below, including some surprises (Jeff Daniels beating out Bryan Cranston and Kevin Spacey for Best Lead Actor in a Drama) and some not so surprising outcomes (Jim Parsons wins for acting in The Big Bang Theory, Breaking Bad taking home Best Drama). But this show was defined by death – literally and figuratively.

In the literal sense, numerous personal remembrances for stars who’ve passed in the last year aired throughout the broadcast, instead of being clustered together in one segment. This made for what Modern Family executive producer Steve Levitan called “the saddest Emmy’s of all time.” Aside from Edie Falco’s tearful ode to Sopranos co-star James Gandolfini, these all hit the wrong note, coming unannounced after an award or goofy sketch with no build up. All of a sudden, in the middle of the “fun” – and I use that term loosely – it was time to be sad again because we had to remember someone else who died.

Almost as sad as the deaths is the fact that Glee star Corey Monteith got a personal remembrance from Jane Lynch while Larry Hagman – yes, THE Larry Hagman – was lumped in with the crowd in the “In Memoriam” section.

If that wasn’t enough doom and gloom for one evening, we looked back 50 years to when television became your go-to source for breaking news by highlighting the mourning of a nation after the Kennedy assassination. Seriously.

It was funny, though, when Don Cheadle regaled the audience with a discussion of “the immediacy of TV and its tremendous impact on our society.” Keep that in mind as you continue to browse the Internet.

The show was mostly bad, but not all – Michael Douglas, accepting an award for his turn as Liberace in Behind the Candelabra, had a funny, double entendre-laced back and forth with co-star Matt Damon, Nurse Jackie’s Merritt Wever delivered an acceptance speech that consisted of seven total words, and The Colbert Report host Stephen Colbert had the line of the night after winning for Best Variety Show: “I know it’s a cliché to say it’s an honor just to be nominated. But it’s more than that. It’s a lie.”

But host Neil Patrick Harris’ song and dance numbers came too little, too late, too lame. Death, in the figurative sense, came via what one Twitter commenter described as the Emmy’s themselves, with all the memorial tributes and sad music, playing television’s swan song.

This award show’s lack of creativity and misguided focus exemplified many of the reasons traditional network television is in decline, and outlets like HBO, AMC, Netflix, and Internet streaming are on the rise. You know, despite what Don Cheadle will have you believe.

Outstanding Lead Actress In A Miniseries Or A Movie: Laura Linney, The Big C: Hereafter

Outstanding Lead Actor In A Miniseries Or A Movie: Michael Douglas, Behind the Candelabra

Outstanding Supporting Actress In A Miniseries Or A Movie: Ellen Burstyn, Political Animals

Outstanding Supporting Actor In A Miniseries Or A Movie: Abi Morgan, The Hour

Outstanding Directing For A Miniseries, Movie Or A Dramatic Special: Steven Soderbergh, Behind the Candelabra

Outstanding Miniseries or Movie: Behind the Candelabra

Outstanding Writing For A Variety Series: The Colbert Report