The 2013 Giller Prize Shortlist Nominees Are… 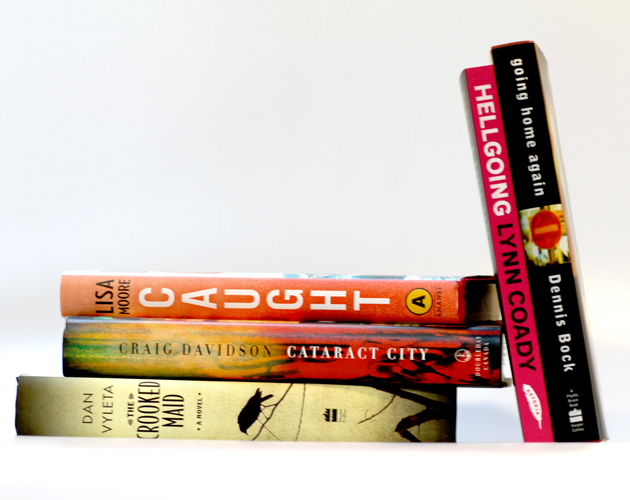 The 2013 Scotiabank Giller Prize jury – Canuck scribes Margaret Atwood and Esi Edugyan (who won in 2011), and American writer Johnathan Lethem – has spoken, and the nominee list for Canada’s most prestigious literary prize is down to just five titles.

The jury itself made the announcement this morning as reporters and literature lovers packed into the Soho House in downtown Toronto.

And the final five are…

“For the past 20 years the Scotiabank Giller Prize has turned books into best sellers, authors into household names. We call it ‘the Giller effect,’” event MC Jian Ghomeshi said.

This year marks the prize’s 20th anniversary and the shortlist announcement was not with out its surprises — punctuated by the absence of former Giller winner Joseph Boyden, whose most recent novel The Orenda has received high praise from critics and readers alike since its September release. Author and professor David Gilmour, who recently made headlines for noting that he’s “not interested in teaching books by women,” also didn’t make the shortlist cut, which is probably for the best. It would have been quite the awkward scene to watch him squirm as he accepted the award from Atwood and Edugyan.

In total, the jury read “in excess of 147 books,” according to prize founder Jack Rabinovich, who created the award to celebrate Canada’s best fiction in honour of his late wife, literary critic Doris Giller. Aside from the prestige of receiving the award, the winner also receives $50,000. The award will be announced at a ceremony on Tuesday, November 5, 2013, which airs live on CBC.