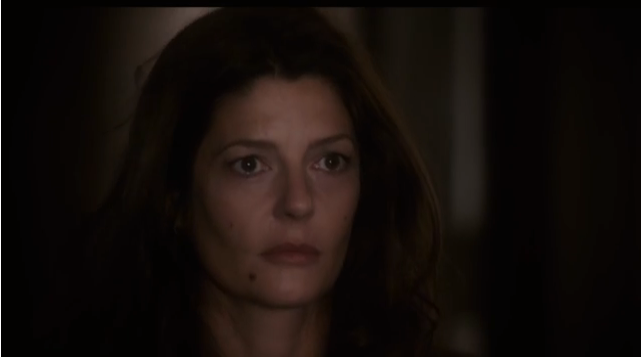 Choice Quote: “Huh?” (The audience reaction at the end of the film)

The Hype: This film will make sense from beginning to end, and not at all leave you wondering what just happened.

The Reality: Don’t believe the hype.

Okay, lets start at the beginning. The film is set in Paris, where a man named Jacques has just committed suicide. His wife, Sandra (Bataille), is left to care for their teenage daughter Justine, who is involved with some sort of prostitution ring where she’s severly sexually abused to the point she was near death. Sandra’s shoe factory, meanwhile, which she inherited from her dad, is bankrupt, and so she calls her brother, Marco (Lindon), a sailor, who returns to port, quits his job, and cashes in his life insurance to bail her out.

What comes next is a bizarre love affair between Marco and Raphaëlle, the wife of Sandra’s hated business rival Laporte (Subor) whose Paris apartment building he fortuitously rents a flat in. From there it’s a twisted tale of sex, abuse, and scandal with revelations that are supposed to be powerful but really just serve to confuse the situation more.

The acting is okay (Lindon looks a lot like a French Mel Gibson) but nothing to brag about, and the story spirals deeper and deeper until the ending – which comes out of the blue, as if Denis didn’t know how to finish the tale and decided to simply implode it all. As well, there’s some pretty disturbing sexual imagery throughout, so be forewarned.

At the beginning it seemed like there was some promise for Bastards. And I really, sincerely wanted to like it. Maybe some will disagree, but by the end I was checking the TIFF schedule to see what films I sacrificed seeing when I chose this one.

The Verdict: Unless it’s for the perverse pleasure of trying to figure out why the plot unraveled as it did, there’s likely something more satisfying playing during its time slot.

Can the grandkids watch?: Not unless they’re over 18.