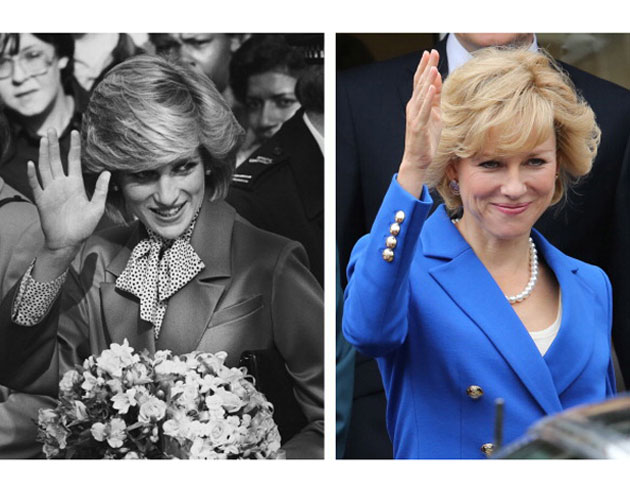 You’ve seen her decked head-to-toe in flowing gowns and glittering jewels, but there was another side to the People’s Princess many didn’t see. We’re talking Diana, Princess of Wales, throwing on a wig and painting London red with her new beau, or leaving lipstick kisses on his mirror in an effort to win him back.

Have you seen the 2013 film, Diana, starring Naomi Watts in the lead role? It spotlights the final years of Princess Di’s life, in which she falls in love with a London heart surgeon named Hasnat Khan following her much-publicized divorce from Prince Charles.

Here, 10 things you’ll learn about Princess Diana from this film.

In 1995, Diana met heart surgeon Hasnat Khan at the London hospital where he worked. She was smitten, returning to tour the hospital with him. From there the relationship blossomed, and later, when they were dating, Diana dressed in full scrubs and stood in the operating room while Hasnat conducted heart surgery. No word if the patient on the table had any idea one of the most famous women in the world was hovering over them.

2. For better or worse

Diana fell head over heels for Hasnat, going so far as to educate herself about jazz (which she disliked) and put up with his smoking habit (which she also disliked) in an effort to make their relationship work.

3. What do Diana and Superman have in common?

The answer: both wore extremely subtle disguises to hide their famous identities. Of course, Superman just threw on a pair of glasses and, all of a sudden, he was Clark Kent and no one could tell the difference. Diana, however, left the spectacles at home, opting for a long brown wig. Despite being one of the world’s most recognizable people, the wig evidently helped the princess blend in with the crowd, and allowed her and Hasnat to enjoy many a night out on the town. If he decided to come back to her place, she’d toss him in the back seat of her car, cover him with a blanket, and sneak him into the palace.

Diana arranged her famous 1995 BBC interview, in which she claimed “there were three of us in this marriage, so it was a bit crowded” when talking about Prince Charles’ relationship with Camilla Parker-Bowles, all on her own. When it aired many close to her were furious, including her private secretary Patrick Jephson, who later quit.

When news originally broke of Diana and Hasnat’s relationship, she refuted it in an effort to protect his privacy. Hasnat was furious at the media attention and the embarrassment her denial caused, so he broke up with her.

6. Love is blind…and kind of obsessive

Let’s just say that Diana was a “determined” ex-girlfriend. When she and Hasnat broke up, she attempted to win him back. She called him, left messages, and even showed up at his apartment, shouting his name in the street and knocking on his door to no avail. So, what’s the next logical step when someone refuses to acknowledge your existence? Why, let yourself into his apartment when he’s not home and clean the entire place from floor to ceiling, of course. To top it off, Diana applied some fresh lipstick, kissed his mirror, and then drew a red heart around her smooch. Sounds a bit much, but they ended up getting back together, so maybe the method works after all.

In an effort to win Hasnat’s family’s acceptance, Diana travelled alone to their home near Lahore, Pakistan, to meet and get to know them.

8. Breaking up is hard to do

When Diana and Hasnat broke up a second time, the princess was so depressed that she threw on her wig and headed out to London nightclubs to dance the night away alone.

Diana was passionate about ensuring landmines were removed from the grounds in and around towns in countries such as Angola and Bosnia, as well as comforting the victims of landmines—many of them children.

10. A picture is worth a thousand words

Diana tipped off at least one member of the paparazzi to take shots of her and new beau Dodi Fayed on Fayed’s yacht, in an effort to make Hasnat jealous. Until the day she died Diana was trying to win Hasnat back, while Fayed was little more than a placeholder.