Take our Mayoral Quiz! Who Said it: Rob Ford or “Diamond” Joe Quimby? 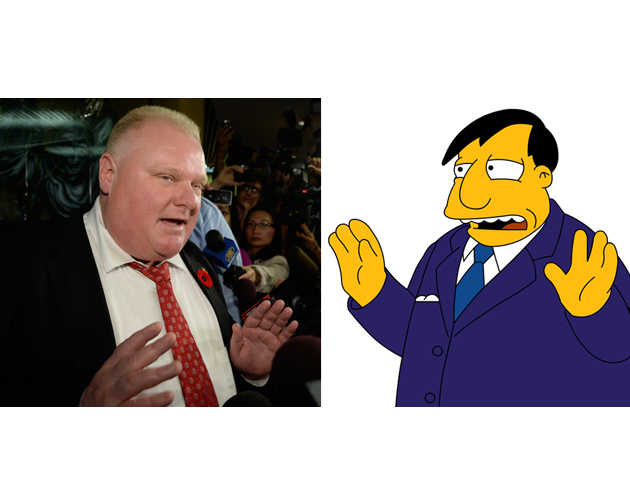 Toronto Mayor Rob Ford and Mayor Quimby from the TV show The Simpsons: one is a bumbling, cartoonish parody of a mayor who has people laughing every time he opens his mouth, has been accused of reading while driving, public urination and intoxication, drug use, cultural insensitivity, and an association with certain shady characters. The other is Quimby.

Yes, Springfield’s fictional civic leader and Toronto’s all-too-painfully real mayor have a lot in common – they’re both responsible for running a city, they’ve both dealt with their share of political scandals, and they both have a penchant for putting their feet in their mouths.

You may recognize some of the Ford-isms, or even some of Mayor Quimby’s quips, in the quiz below. Its purpose isn’t necessarily to stump you, but rather to offer a side-by-side comparison of a scripted sham of a mayor and one Torontonians actually elected — you know, the guy who just yesterday brushed off the most recent calls for his resignation on his weekly radio talk show. Take the quiz and see if you can tell the difference.